Duncan Mullier Posted on 2nd May 2021 Posted in News

Event 2 of the Beech House Dental Practice Time Trial League was the popular ten mile out and back along the A168 between Arkendale and Walshford. For the second week in a row the weather was windy and cold but 46 riders took on the challenge. The women’s event was a duel between two young riders from the British Cycling Academy. Abi Smith, riding for Moonglu, placed fourth in the overall field with a time just outside of her league record in 22:51. Ella Jamieson was a further 1:26 back, in a new school girl record, and 1:38 ahead of reigning champion Ele Williams. In the men’s event Moonglu’s Tom Stringer of Ripon was in a class of his own with a fine win in 21:35, 52 seconds ahead of veteran and reigning champion, Duncan Mullier of Harrogate Nova, who just pipped his team mate, Neil Fearn by a slender two seconds. The men’s road bike category was won by Nova’s Stuart Newton in 24:38, just two seconds ahead of teammate Mark Smith. The women’s road bike category was won by Moonglu’s Lynda Wilson (29:20), 2:31 ahead of Robyn McLean. Only four riders improved their times from their personal bests with Mark Smith winning the most improved rider competition (-53) ahead of Ella Jameison (-42), Donna Riddler (-30) and Joe Turnbull (-28) who broke the school boy record too with 23:37. Full results

Photos from event 1 by Sarah Swinscoe 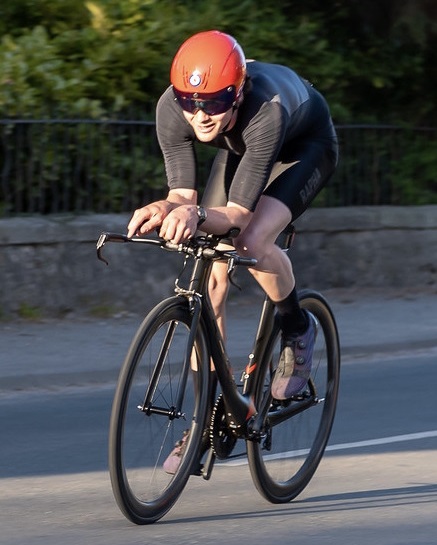