Event 14 and the penultimate “flat” event before the hill climbs start was the same course as the week before, a ten mile out and back from Arkendale Lane End to Walshford and back. The course might have been the same but the conditions were different, with a helpful tailwind on the slightly longer and slightly uphill return leg making it a relatively quick night. Harrogate Nova’s Pete Watson recorded his second ever league win with 21:43, 21 seconds ahead of Stu Wood in second place. Ride of the night was Dave Morris who was only two seconds further adrift and 49 seconds up on the previous week. The women’s event was won by Torq’s Ele Haresign, making a rare league appearance, in 24:57, 1:56 a head of Jean Croft with newcomer Fran Andralojc in fourth. The men’s road title is just about secure now for Nova’s Edwin Stokes, with yet another win in 23:21, with Stewart Newton 1:28 behind. The most Improved Rider category was won by Nova’s Ben Seddon with a 68 second improvement on his previous personal best, but the 48 second improvement for Dave Mann in second puts Dave in a commanding position to claim the overall Most Improved Rider title for 2017.

The following weekend Nova’s Stu Wood and Duncan Mullier travelled to Humberside to compete on the country’s most popular (read fast) ten mile TT course. The conditions were so poor that a large proportion of the field did not take to the start line, with strong winds plaguing the longer and slightly uphill return leg. Stu recorded 20:50 while Mullier managed to crack the magic 30mph barrier with 19:49. Next week’s event is a 9 mile rolling loop of Farnham to Minskip to Staveley to Farnham. 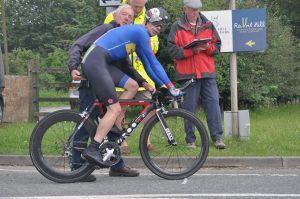 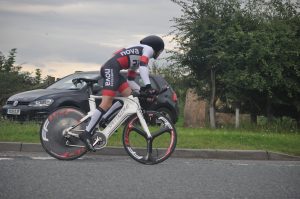 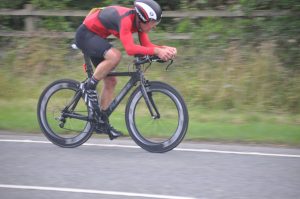 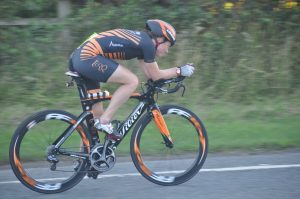 Pictures from the event https://goo.gl/photos/q9FdUNbYMGMR6ixT7