After four months of lockdown and all cycling events being suspended, at last the Beech House Dental Practice Time Trial League could start. Even with only six events remaining, not enough to make the awarding of a championship possible, forty-four competitors, the most at an event since 2013, turned up eager for some competition. The course was 18 miles and two laps of Milby, Cundall, Norton Le Clay, on a chilly and windy summer evening. TTs are suited to social distancing, with riders setting off at minute intervals, but one change was that the riders had to start with a foot on the ground, rather than being held clipped into their pedals. Despite turning 50 years of age during the off-season, five times and reigning champion Duncan Mullier of Harrogate Nova won by a wide margin, in 40:10. Glen Turnbull of MTS Cylesport was third 1:17 down, but MoonGlu’s Ben Peace smashed the road bike record in second with 41:21 in second. Thomas Stringer of MoonGlu was second road bike and fourth overall with 41:50, with Nova’s Rob Senior, last year’s Road Bike Champion, returning to his TT bike in fifth. Ride of the night was by Abi Smith who destroyed the women’s (and women’s junior) record by over three minutes, with 42:00 and fifth overall. Perhaps this performance isn’t so surprising given that Abi competed for Great Britain in the recent UCI World Championships. Ela Jameson was second, winning the women’s road bike category, despite being in the school girl category with 49:07. The most improved rider competition was won by Nova’s Mick Youngson with an improvement of 126 seconds, last year’s champion, Stuart Newton was second with -118. The next event is the 10 mile out and back between Arkendale and Walshford. 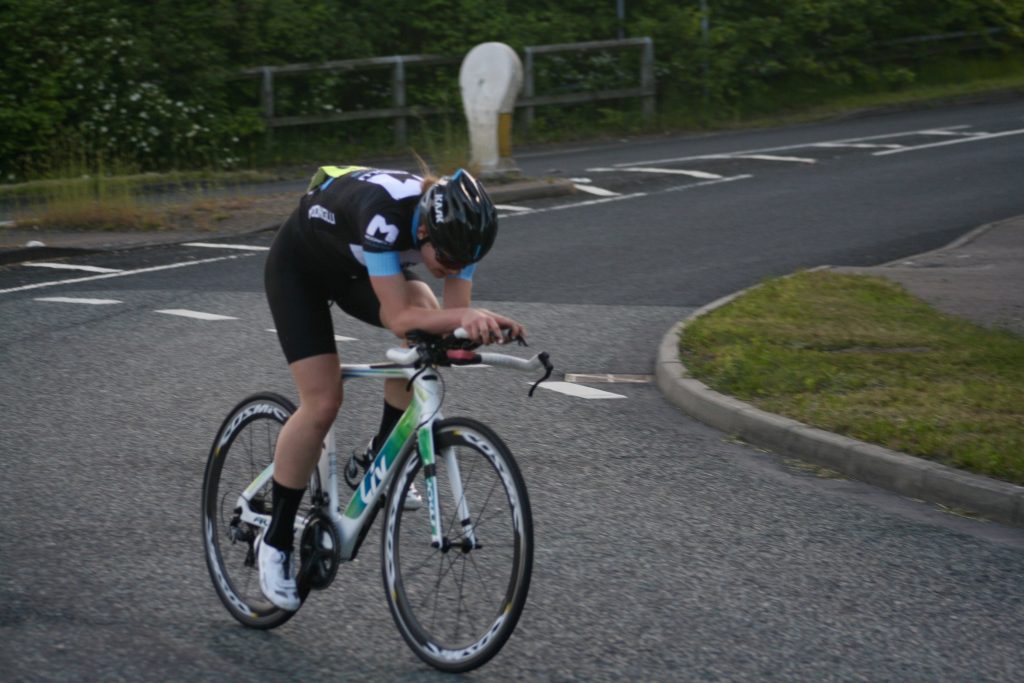 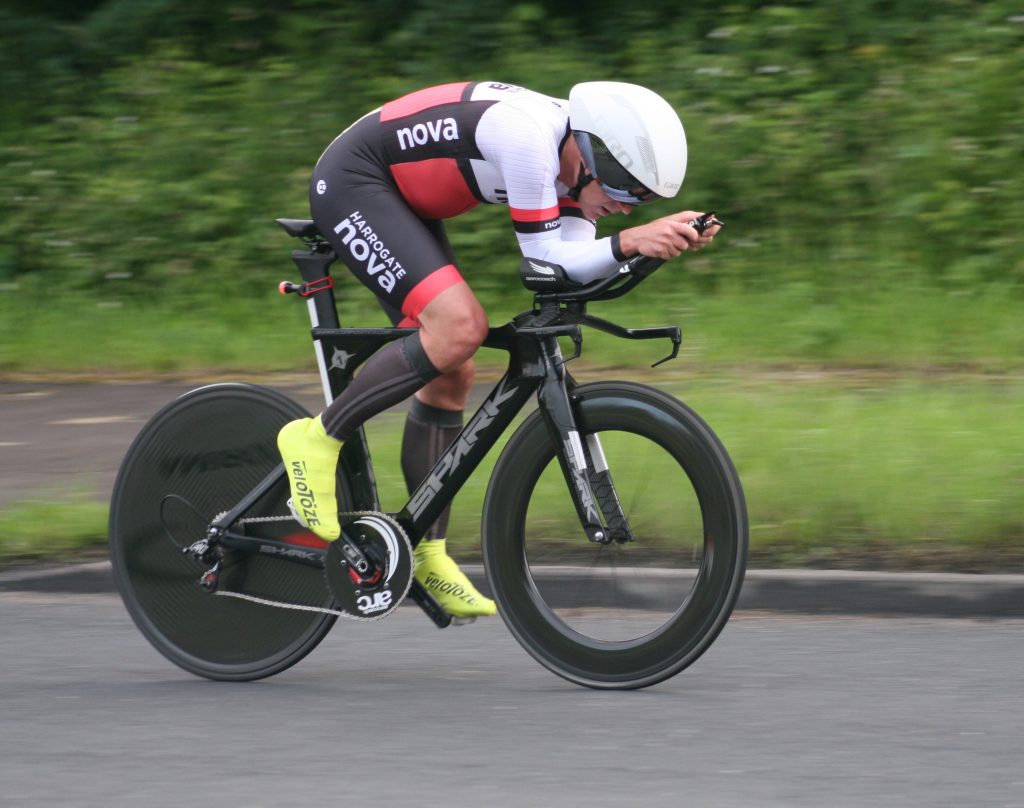 Photos of Abi Smith and Duncan Mullier by Roger Clarke 2019.