The Men’s Road Category is hotting up, despite rain and slippery conditions, in the Beech House Dental Practice Time Trial League. Former Champion, Harrogate Nova’s Edwin Stokes, took his third win of the season, and second overall, to put the pressure on four times event winner Rob Senior at the 18 mile and 2 lap circuit of Langthorpe-Kirby Hill-Skelton. Stokes completed the 2 laps in 43:53, 10 seconds ahead of Senior, with Stuart Newton a further 1:13 adrift. Women’s Champion, Corinne Mitchell, took her second win of the season in 47:01, with runaway women’s road bike leader, Sally Houghton of MoonGlu, winning in 52:28, a new record. The men’s overall Championship was a close run battle last season and was shaping up to be close this year. Although Nova’s Duncan Mullier had won 5 of the first 6 events the times were just single seconds between him and Champion Pete Watson. Watson’s work commitments appear to scuppered a second exciting championship battle however. Bereft of close competition,  Mullier still produced an exemplary ride, completing both laps in the same time of 20:04 to win in clear air in a time of 40:08. The most improved rider on this difficult circuit on a difficult evening was Joe Young, with a massive 140 second improvement over Stuart Newton’s 76 second improvement. Young also had excellent lap splits, being just 1 second apart. The next event is the longest in the series, a 25 mile out and back on the A168 between Dishforth and Walshford. 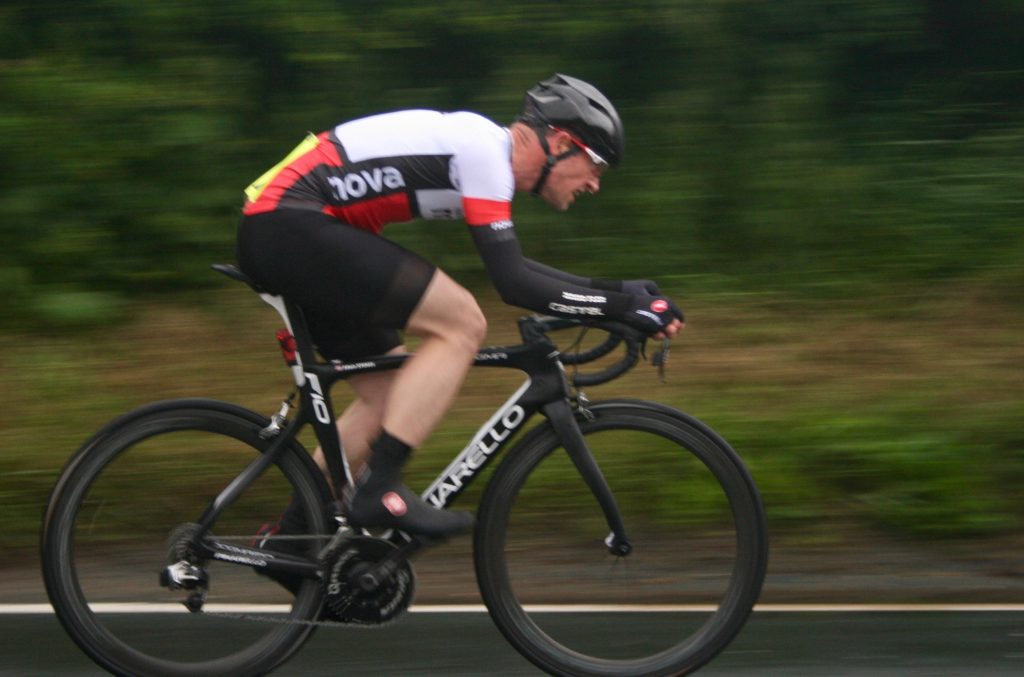 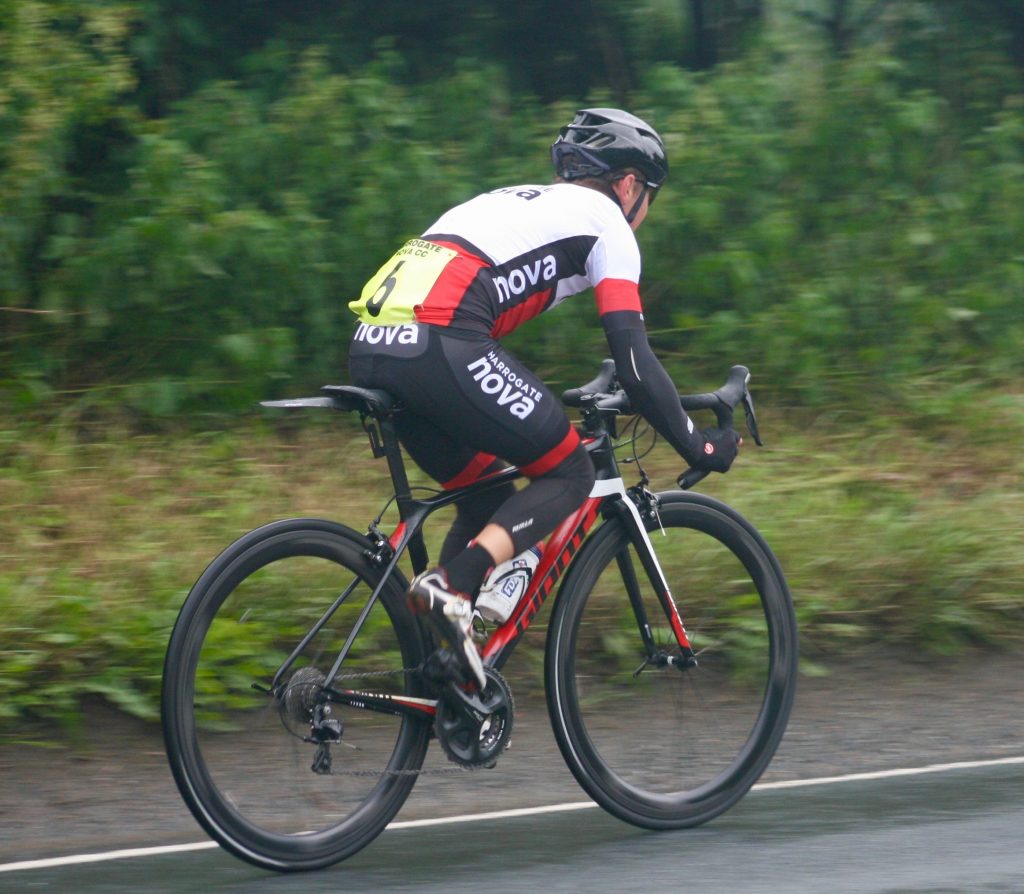 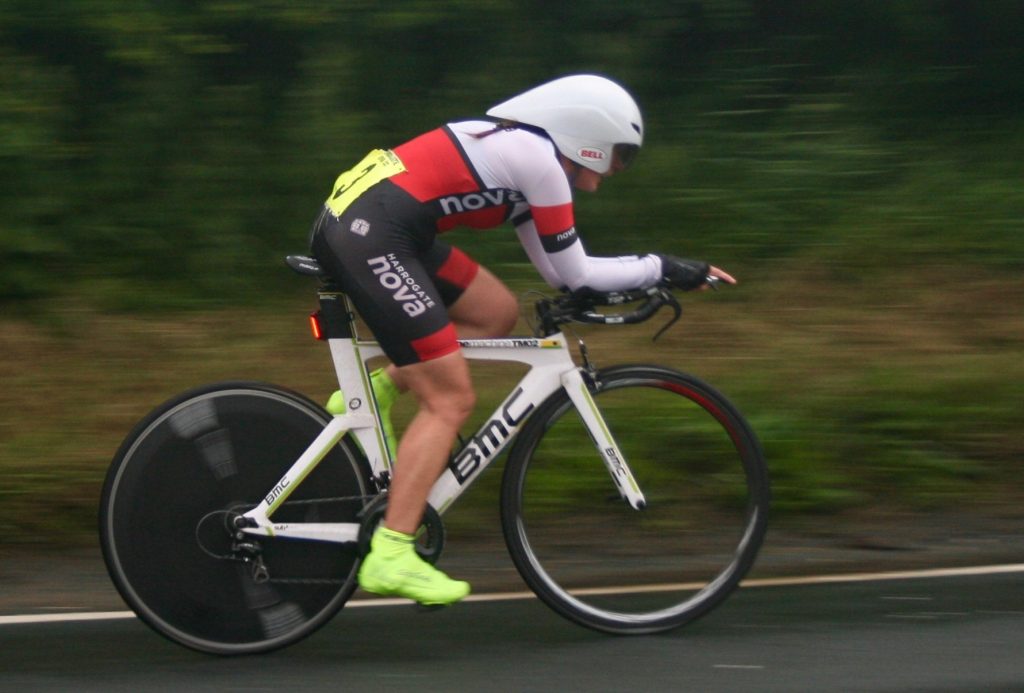 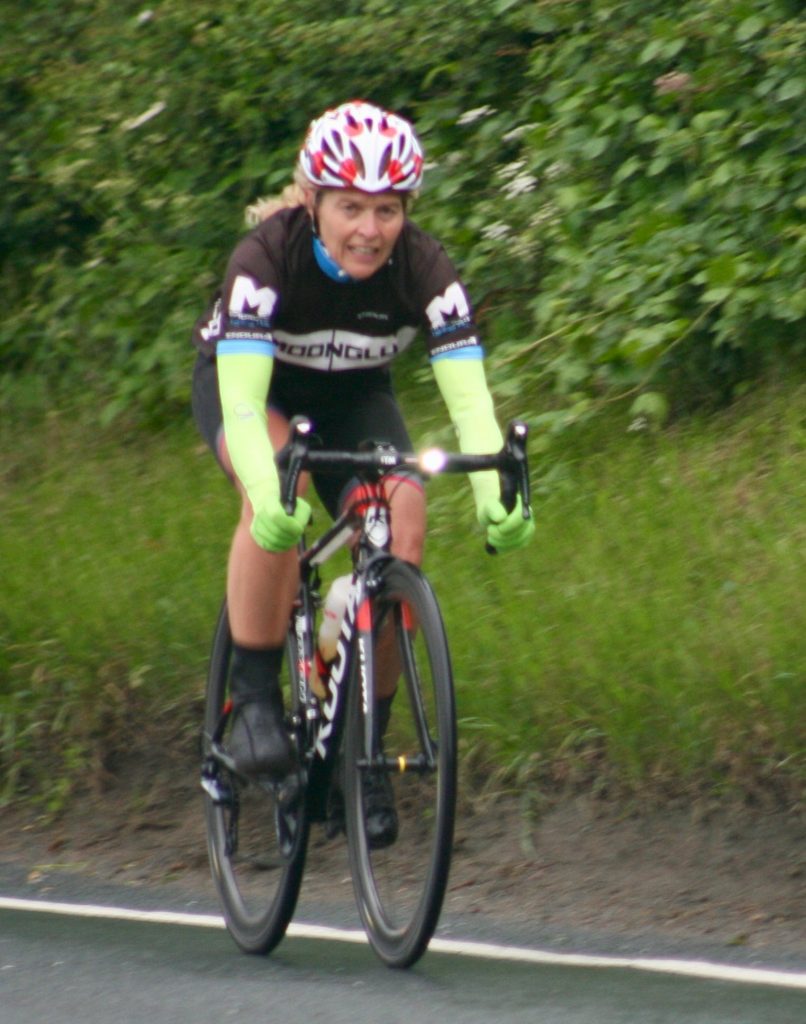 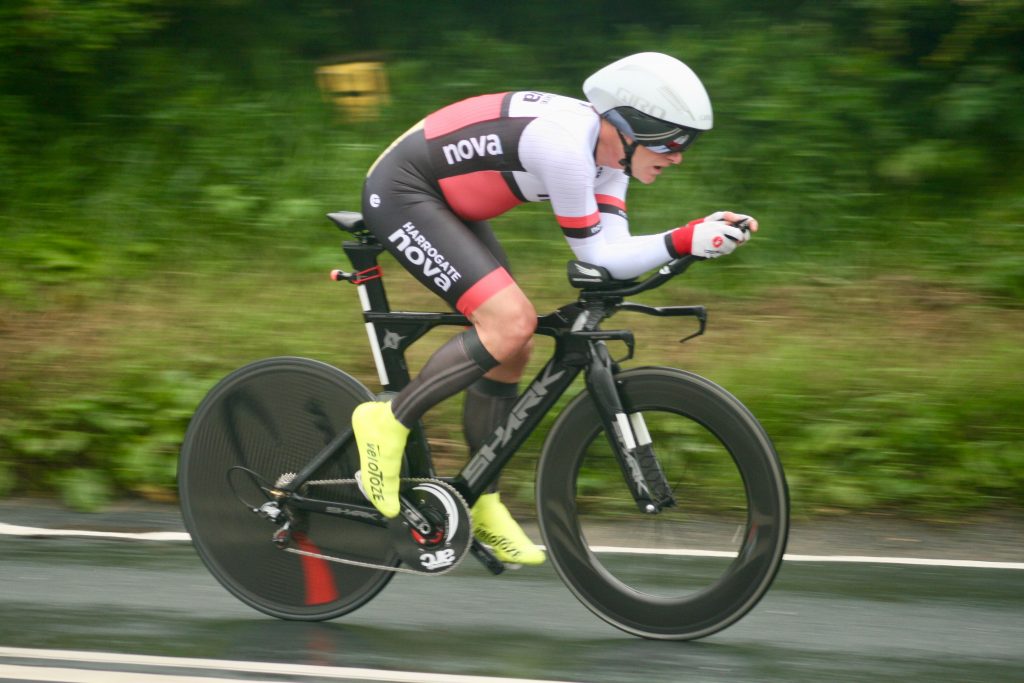