Haresign and Mullier Return in Style!

Top Level Triathlete Ele Harsign and Nova’s Duncan Mullier returned to competitive sport in style at Event 1 of the Beech House Dental Practice Time Trial League. Haresign missed all last season due to injury and Mullier was left at the side of the road by a hit and run driver in his previous event last year. Both riders put that behind them to win their events with new course records on the rolling nine mile circuit around Farnham, Minskip and Staveley. The heavens opened up just before the start making the roads very slippery but Haresign’s 22:11 beat 2018 Women’s Champion Corinne Mitchell by 32 seconds. Mullier lost a close battle for the last year’s men’s title to Pete Watson but reminded the younger man that there was life in the old dog yet with 18:57, 27 seconds ahead of a clearly out of sorts Watson, who pipped Glen Turnbull by 4 seconds. Turnbull’s son put in an astonishing ride in tough conditions to take the school boy record in 22:44, beating many of the adults in the process! The Road Bike category was won by Rob Senior, again ahead of last year’s Champion (Huw Spacey) and again in a new record, in a time of 21:09, 29 seconds ahead of Spacey and 46 ahead of Stuart Newton. The women’s Road Bike category was won by MoonGlu of Ripon’s Sally Houghton ahead of Nova’s Alexis Rushton-Earl. The most Improved Rider category was won by Mark Morris with a massive improvement of 113 seconds, ahead of Joe Young’s 71 second improvement. The next event is the ten mile out and back of Arkendale Lane to Walshford. 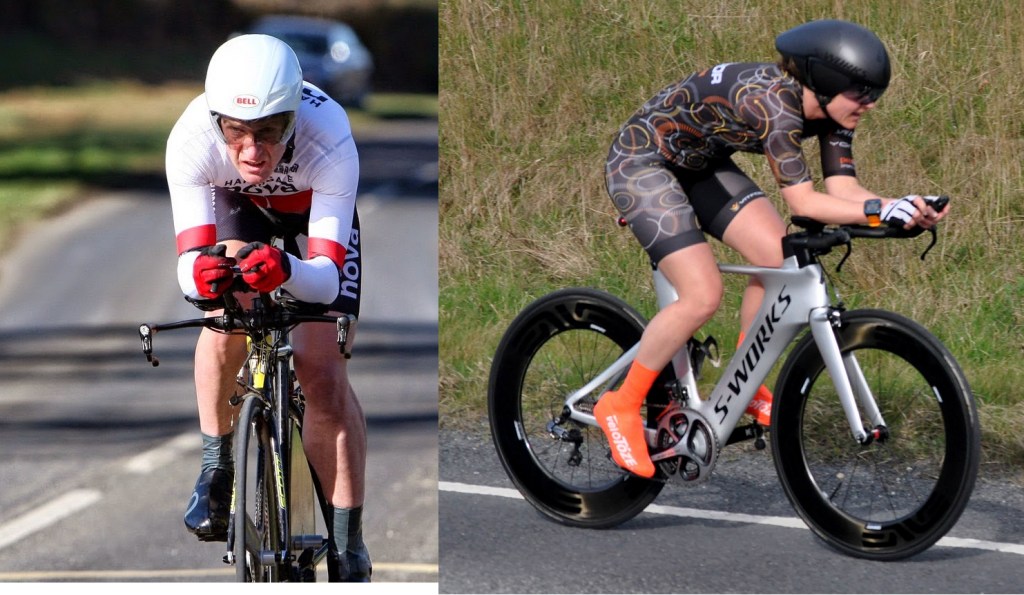