Duncan Mullier Posted on 6th May 2019 Posted in News, Uncategorised

Event 2 of the Beech House Dental Practice Time Trial League was the ten mile out and back from Arkendale Lane End to Walshford on the A168. Affectionately known to TT riders as “The Red Wall” because the walls of the Allerton Estate mark the most difficult section as the road rises near the end and the suffering is maximal. The evening had a chilly wind blowing making the slightly uphill return a little more difficult. After last week’s surprising defeat, Men’s Champion Nova’s Pete Watson was fastest out to the halfway point, but in an exact repeat of this event last year, club mate Duncan Mullier was faster back, taking his second win out of two with a time of 21:31, 5 seconds ahead (again) of Watson. It’s looking like a tight two horse race again as Glen Turnbull was a further minute and two adrift in third place. The women’s event was won by Champion Corinne Mitchell in a time of 25:18 ahead of an impressive debutante, Victoria Tremlin, 1:30 behind Corinne. The men’s road category was won by Rob Senior (pictured) for the second week with 23:44, 16 seconds head of 2017 Champ Edwin Stokes, with last year’s Most Improved Rider, Stuart Newton, 4 seconds further back.MoonGlu’s Nathan Young set a Junior record with 27:10. Ride of the night was another debutante, MoonGlu’s, Ella Jameson, who set a schoolgirl’s road bike record in her first TT with 27:02, 2:26 ahead of former Women’s TT Champion, Alison Sarmiento, who also set a women’s veteran’s record. The Most Improved Rider category went for the second week in a row to Mark Morris with an improvement of 28 seconds and one of only four riders to improve their times. Next week’s event in another out and back 10 milers, between Dishforth and Boroughbridge. 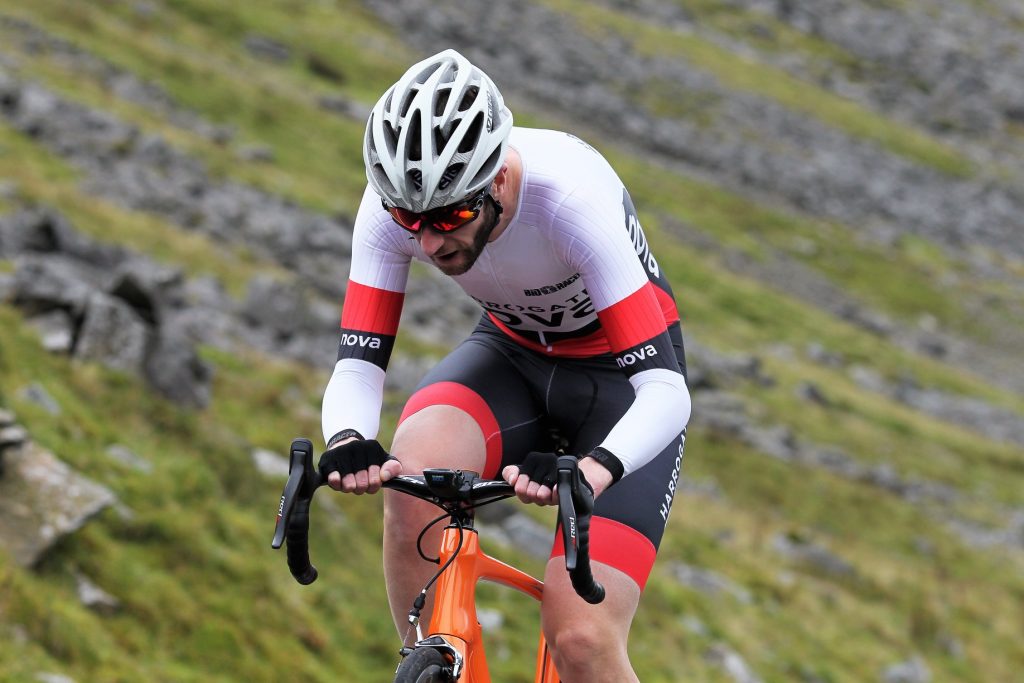