↓ Skip to Main Content
Home › News › Mullier versus Watson Battle gets even hotter!

Mullier versus Watson Battle gets even hotter!

Round 6 of the Beech House Dental Practice TT League was 18 miles and two laps of Langthorpe-Kirby Hill-Bridge Hewick-Skelton. The dog fight between four time champion Duncan Mullier and Ironman Pete Watson was just as close yet again. Watson was 9 seconds ahead after the first lap but Mullier put in the fastest lap of the night on his second lap but for the second week in a row it wasn’t enough to pip Watson, who clocked 40:10, 4 seconds ahead of Mullier with Stu Wood taking the final podium place a distant 2:38 further back. That makes it three wins for Watson and three wins for Mullier in the first 6 league events. The women’s event was yet again won by reigning champion Corinne Mitchell in 47:47. The road category was won again by Huw Spacey in 45:05, 1:07 ahead of champion Edwin Stokes. Pete Watson also took the most improved ride accolade ahead of Walter Wilkinson. Not content with duking it out midweek, Watson and Mullier came up against each other at the weekend in the East Bradford CC 15 mile TT on the A168 between Arkendale and Hunsingore. In a change to the norm Mullier was faster out and managed to hang on, despite thinking the course finished sooner that it did and limping over the line, for the closest margin yet, just 2 seconds ahead of Watson in 33:11. The duo finished 3rd and 4th with Team Swift’s Richard Sharp winning. The clubmates have now raced six events over ninety miles and won three each with a total difference of just ten seconds in Watson’s favour! The next event was to have been the Hilly 19 from Ripley to Summerbridge-Memwith and back but roadworks have put paid to it yet again. The riders will resume competition for the club 25 mile TT in two weeks. 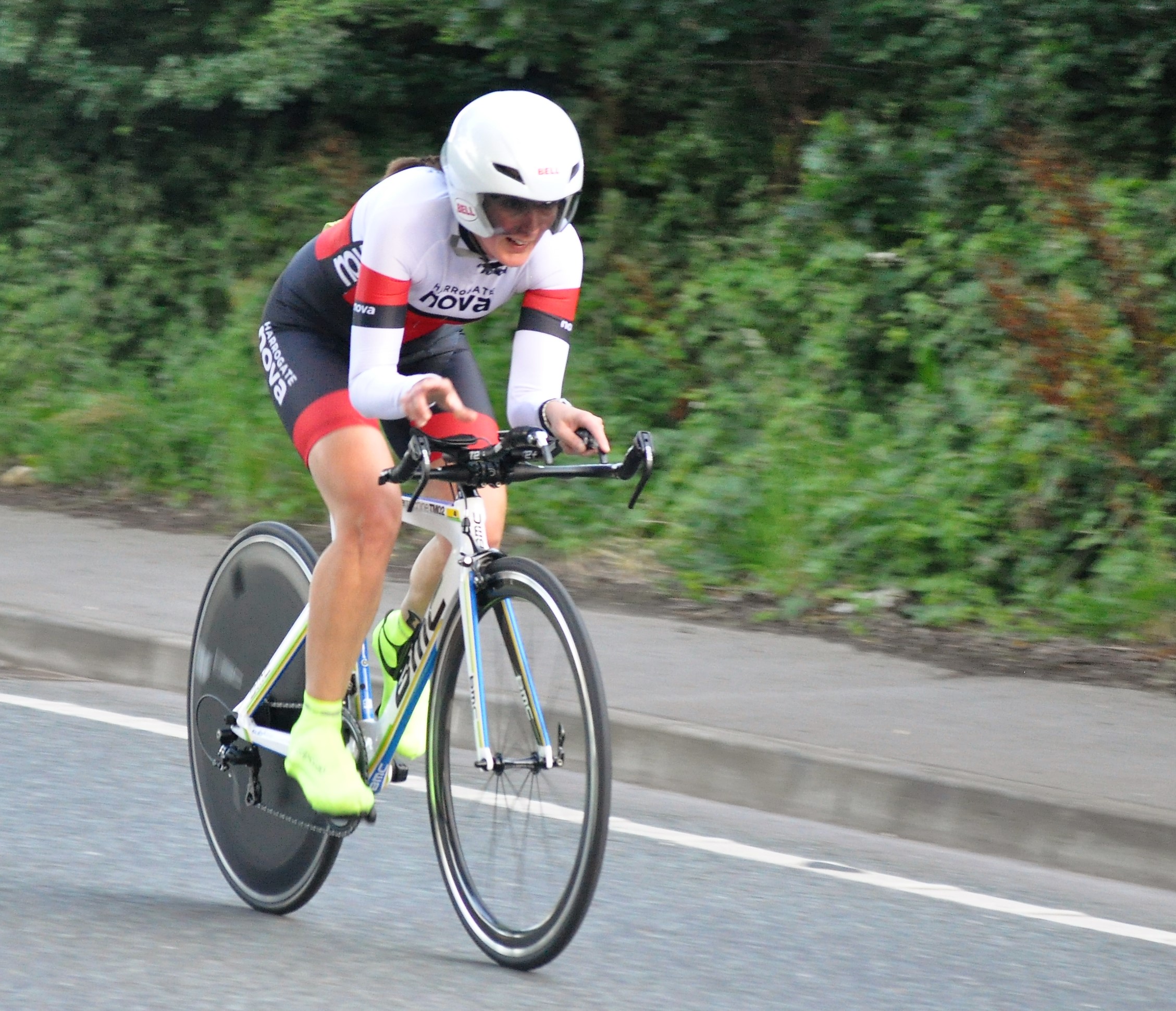