Posted on 25th August 2016 by Duncan Mullier Posted in News 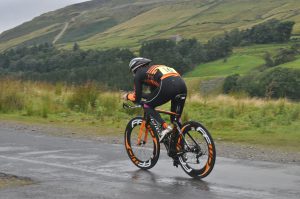 The second hill climb and event 17 of the Beech House TT league was a 4 mile climb from Lofthouse to Scarhouse Dam on the Yorkshire Water waterboard road.  Fast times were the order of the day with a tailwind for most of the climb and new tarmac having been laid all the way up to Manchester Hole. The men’s event was won narrowly by last year’s winner Huw Spacey in 11:07, an agonising two seconds shy of Greg Ketteringham’s decade old course record. 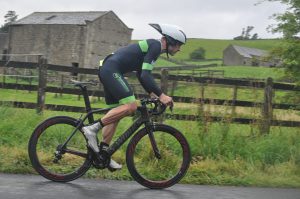 Rob Senior was yet again knocking on the door of his maiden win with 11:18, 73 seconds ahead of Tim Jarvis in third. Ride of the day was Ele Haresign who smashed Jess Bacon’s 2013 women’s record by 46 with a time of 13:01. The most improved rider event was won by Matthew Mullier, thirteen year old son of league champion Duncan, in only his second every event, improving from last year by an astonishing 5:23! The final event of the series is the one mile climb of Darley Head. 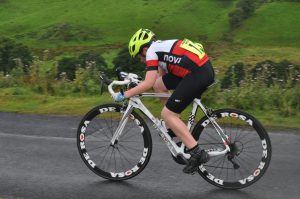 Special thanks goes to Yorkshire Water for their kind permission to run the event on their road.