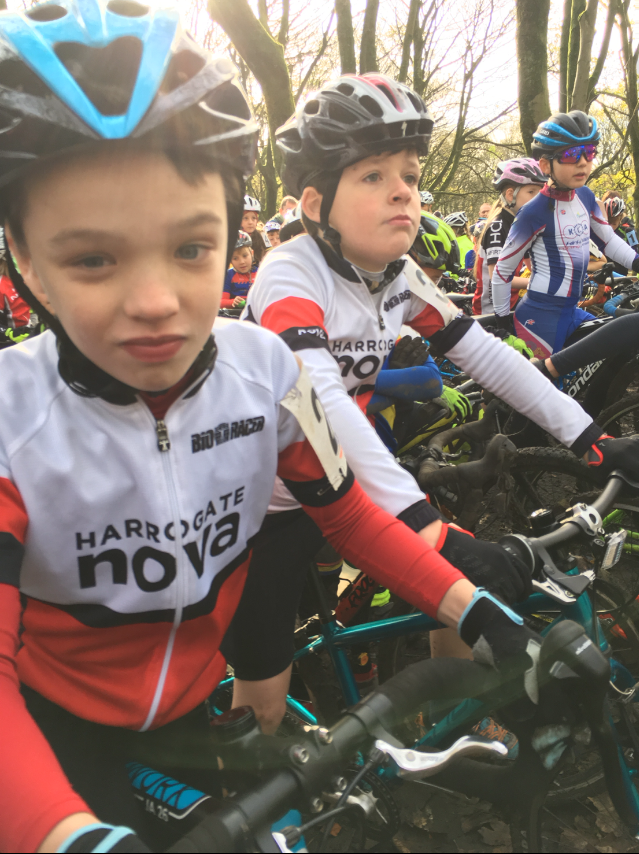 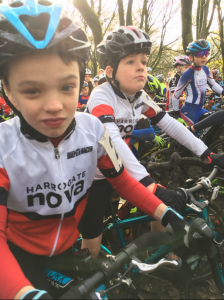 Young Harrogate Nova Riders were once again showing the way as they competed in the “unofficial” U8 and U10 National Championship at Peel Park in Bradford at the weekend.  Yorkshire Cyclocross Association ran some children’s races alongside the Nationals that were taking place at Peel Park.

In the under 8s Cormac Denwood (7) continued his winning run to take first place on the podium.  Taking the lead from the start, Cormac managed to distance his closet opponent after the first lap.  He continued to ride strongly to take the win. 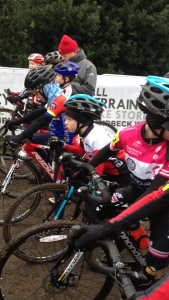 The under 10s race attracted a larger than usual field of riders.  The tough draggy course included a steep almost un-rideable bank which would prove to be a defining section of the course. Magnus Denwood (9) started strongly with a Mark Ketteringham (8) hot on his wheels.  Both boys rode the technical course strongly.  Mark finished 12th and Magnus 20th.

In the Vet50 race on the Satuday, Nova was represented by a strong field including Tim Evans, John Graveling, Nick Mason, Charlie Warren and “on-loan” Ted Sarmiento.  In a turn out for the books, Nova’s Dave Morris found himself in charge of the JetWash for 3 of the riders for a change.  Ted was determined to keep him busy by changing bikes every lap and then all three caused maximum stress by changing at the same time.  Reports of Morris’ ability to clean a bike faster than Sarmiento quickly spread around social media but have yet to be proven; there could be an unofficial competition in the future there (maybe a trophy or two up for grabs as well).

After cleaning himself up, Morris took to the start line for the V40 race at 14:30.  With riders from all over the UK and rankings based on national and local competition Dave’s starting position wasn’t great.  However a typical strong start was somewhat stymied by avoid a crash and then rolling a front tub within the first half lap.  After a bike change Morris, composed himself and rode strongly to finish in 33rd place.

In the main races over the weekend.  Local Rider Billy Harding (Paul Milnes RT) won the U23 men’s, reigning World Champion Evie Richards  (100% Me) stormed away with the U23 womens, Nikki Brammeier (Boels Dolmens CT) won the Elite women’s and Ian Field (Hargroves-Ridley) regained his title from Liam Kileen to win the men’s.