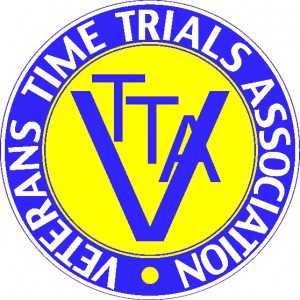 Five Harrogate Nova members took part in the Veterans Time Trials Association (VTTA) National 10-mile Championship on Saturday afternoon.  One hundred and fifty riders, all over the age of 40, battled it out along the V718 course near Hull.  With prizes awarded according to actual performance against a standard, age-adjusted time, 78-year old Derek Stewart, Deeside Thistle CC, bagged the title with a superb time of 22:35 (8:23 faster than the age-standard time).

Torrential rain seemed to put off a number of riders, with only thirty-one taking to the start line for the Dishforth-Rorecliffe-Dishforth 10 mile event.  However, a window of slightly better weather miraculously appeared at 7pm, leaving just the wind and the parcours to be mastered.

Duncan Mullier won for the fourth time this season, dominating the event with 22:03.  Pete Watson, Performance Coaching, was the best of a tightly packed top five behind Mullier with 23:01.  Simon Cave claimed third with 23:08, whilst Dave Morris and Al Mitchell tied for fourth with 23:14.

In the ladies event, it was a second win, and a fourth Lady-Veteran record for Corrine Mitchell who stopped the clock at 25:52.  Julie Patmore placed second (27:40) with Sarah Cave in third (33:27).

Corrine Mitchell was also the winner of the Jowett Cup on the night.  The cup, named after Eric Jowett and first awarded in 1947, is presented to the fastest club member completing the 10 mile TT course on handicap.  This was a second win for Corrine who also took Jowett Cup honours in 2009.

In open time trials, Ted Sarmiento (in his third mountain time trial of the season) recorded 2:41:02 at the Derwentside CC 40 mile TT.

Nova second claim members Dylan Flesher & Julian Varley along with Prologue Race Team team mate Archie Cross took part in the Ilkley CC 2-day.   With a 1.5km prologue stage and a road race around the Penny Pot Lane circuit on Saturday, followed by a team time trial and a second road race on the Darley circuit on Sunday it was a tough two days of racing for the teenagers.  A description of the event and full results are available via velouk.net

Away from time trialling, Tim Evans took third place on the Vet-50 podium in round three of the Yorkshire Cyclo-Cross Association 2015 Summer Season at Middleton Park, Leeds.  Caught by overall winner Billy Harding, Oldfield/Paul Milnes Cycles Elite Racing Team, just yards before the line, the multi-lap, mixed age group event (120 riders from seven age/sex categories all competing together) provided an excellent evening of racing, with wet cut grass and a sand pit among the obstacles.  Round six of the series takes place in Harrogate (Killinghall Moor) on 24 June, with round eight in Pateley Bridge on 12 July. For more details see the Yorkshire Cyclo-Cross Association website.