Posted on 8th January 2015 by Harrogate Nova Posted in News 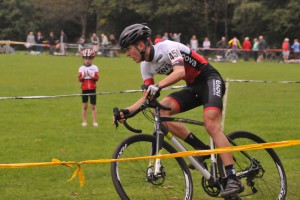 Competing in eight of the nine rounds, with the best seven results to count, Dylan ended the season with 591 points.  Chris Barnes, Zepnat RT, was the runner up with 583 points, and Alfie Moses, Paul Milnes Bradford Olympic, in third with 576 points.  Boneshakers Race Team’s Bobbin Gardner placed tenth with 349 points from five races.

In the Gentlemen’s (vet-50) league, Tim Evans was the best placed Nova rider in ninth place with 609 points.  Nick Mason ended the season in fourteenth place with 537 points from six races, and Neil McLaughlin twentieth with 452 points from five races.