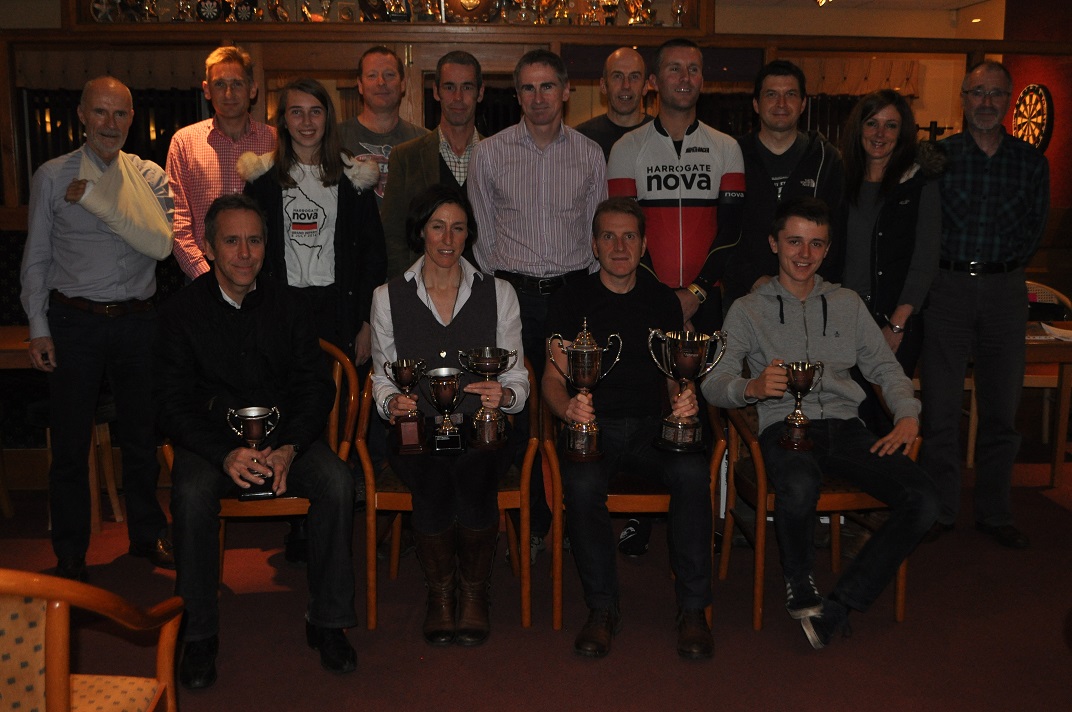 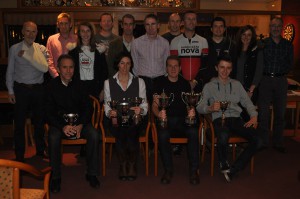 The Beech House Dental Practice Evening Time Trial League Prize Presentation took place last week. The best of nine series was won for the first time by previous four time runner up Duncan Mullier, of Harrogate Nova, with an astonishing 15 wins from 15 starts. Mullier also picked up the Veteran Trophy for the third time in his TTing career. Mullier capped off his best season yet by taking four other Nova Trophies and breaking three further club records away from the evening league. The ladies Championship was won by for the first time by Nova’s Alison Sarmiento, who also took the Lady Veteran title with 6 wins out of 9 and the Most Improved Rider title. Boneshaker’s Bobbin Gardener took the Junior title and Nova’s Dylan Flesher the Schoolboy title. Mike Hudson claimed the over 50’s title and Walter Wilkinson the over 60’s. The daughter and Father team of Lucy and Andy Holgate took a special prize for being the first tandem team to complete 9 events.