Posted on 4th July 2016 by Duncan Mullier Posted in News 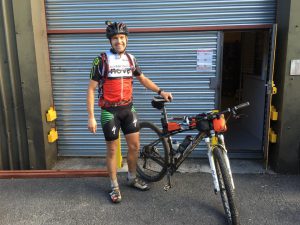 Harrogate Nova’s Ben Wolvridge finished an astonishing second place in one of the country’s toughest cycling events last weekend, the Yorkshire Dales 300. He completed the 300km(!) on and off road course, around most of the Yorkshire Dales, in an astonishing 23 hours and 51 minutes, cracking the magic 24 hours! Most riders are expected to complete it in under 48 hours, which really puts Ben’s achievement into context. Riders are completely unsupported, meaning they have to carry everything they need, including survival equipment, for the whole event. In Open TTs Ele Haresign shattered the Nova Women’s 16 year old 50 mile TT record by over 5 minutes in very windy conditions! In the same event Corinne Mitchell took the veteran women’s record with 2:05:48 and Alison Sarmiento gained another PB with 2:09:34. In the men’s competition Duncan Mullier was some way short of a PB with 1:48:50. The wind persisted for the YCF50 the following weekend where Tom Denwood recorded 1:54:22. The Beech House Dental Practice TT league resumed after the break but the gremlins were still in the machinery of series leader Duncan Mullier who was reduced to the lowest step of the podium for the first time in three years on the 16 mile, undulating loop of Arkendale-Green Hammerton-Boroughbridge-Arkendale, 15 seconds off the second step which was occupied by a perhaps surprised Dylan Flesher of Prologue, who took the junior record but was left looking up at newcomer Jonathan Webber who took his maiden win by 5 seconds! 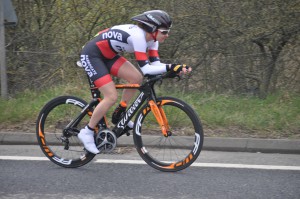