Posted on 22nd June 2015 by Harrogate Nova Posted in News 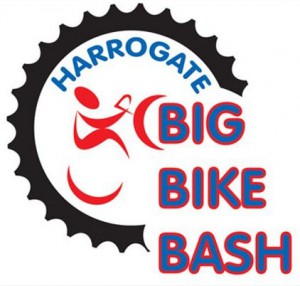 The Harrogate Big Bike Bash saw hundreds of riders take to the streets of Harrogate over the weekend.  There were plenty of Nova members in action including in the family ride the route on Saturday afternoon.  Nova’s Rob Senior placed second in the invitation Time Trial event with a time of 2:14, losing out to double Olympic bronze medallist and professional bike rider Sam Bewley (Orica Greenedge) who stopped the clock at 2:00; Andy Gardner was third with 2:16.

In the Elite race, Dave Morris mixed it with the professionals and was rewarded with a 14th place behind winner Chris Opie (One Pro Cycling).

In the men’s event, it was an easy win for Duncan Mullier, who completed the Boroughbridge-Walshford-Dishforth-Boroughbridge course in a time of 54:57.  Richard Hamilton squeezed into second place with 57:37, just ahead of Simon Cave in third with 57:45.  Matt Dalby’s excellent ride of 58:37 secured fourth place and a strong performance from former Thew Cup winner Rob Senior completed the top five with 58:39. 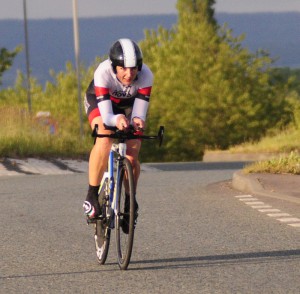 Tim Jarvis, another former Thew Cup winner, was the fastest Vet-50 with a time of 59:47.  Yorkshire Road Club’s Mike Shacklock was the quickest of the Vet-60s with 1:06:57.  Tim Broomfield was the best placed rider on a non-specialist bike, recording very respectable 1:09:02.

The pairing of Niall Frost and Andy Holgate produced the quickest tandem ride seen on the Club ’25’ course in recent years, stopping the clock at a storming 59:09.

Duncan Mullier had a fruitful trip to Etwall in Derbyshire to take part in the Walsall Roads CC 25 mile TT, setting a new Club record of 50:49.  Mullier’s top twenty finish, from a strong field of 100 riders, lowered his own benchmark by over a minute.  Top honours went to Matt Bottrill, drag2zero, with a stunning time of 46:30, the fastest recorded ’25’ of the year so far despite riding in torrential rain.

Walter Wilkinson produced another excellent ride in Round Three of the Team Swift Evening League on Wednesday night, recording 21:53 for the ten mile V718 course near Hull.

In Round Five of the Yorkshire Cycle-Cross Association Summer Series, Richard Hamilton was denied a top ten finish by one second, placing eleventh (fifth Vet-40) in the event at the York Festival.