Posted on 9th December 2014 by dave Posted in News

The North of England Cyclocross Championships were held at Temple Park in South Shields on the 7th December organised by the CXNE crew. An usually dry course, more like summer ‘cross conditions except for the severe wind chill from a biting North East howler. First up for Nova was Joe Sarmiento completing 6 laps of what he described as a ‘tame’ U12 course and finished 15th. Gus Gardner had a super rapid ride and clinched 7th spot in the Youth race. 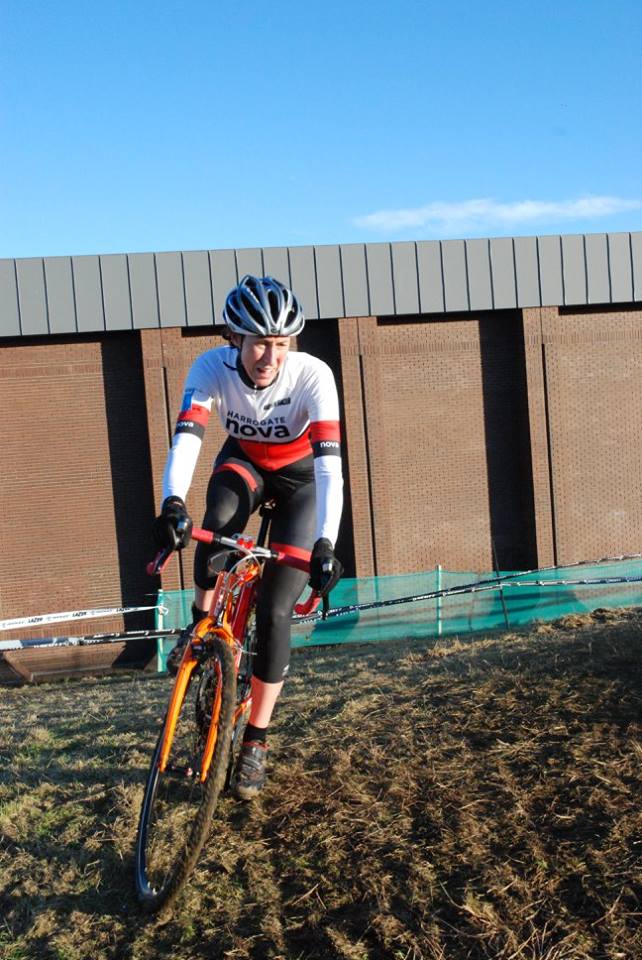 Next up was the Juniors and Veterans with Bobbin Gardner, Steve Smales and Ted Sarmiento all going in this one. Bobbin Gardner had another great race coming in 8th Junior  and a fast start by Ted put him among the leading riders in the first few bends. After that Smalesey turned on the afterburners and shot up to 20th with Ted claiming 41st after a canny sprint against Ian Kendal of Liverpool Century RC.

Then it was the gentleman and ladies. Tim Evans and Neil McLoughlin did us proud and grabbed 28th and 26th places. Ride of the day was probably Alison Sarmiento who won the bronze medal in the Vet40 Women’s category.

Finally, a welcome return to racing for Edwyn Oliver-Evans who put in four super quick laps before his chain broke at a point just too far from the pits to make his race worth continuing.

The Xmas decorations are gone and you’re probably regretting those[...]
Top