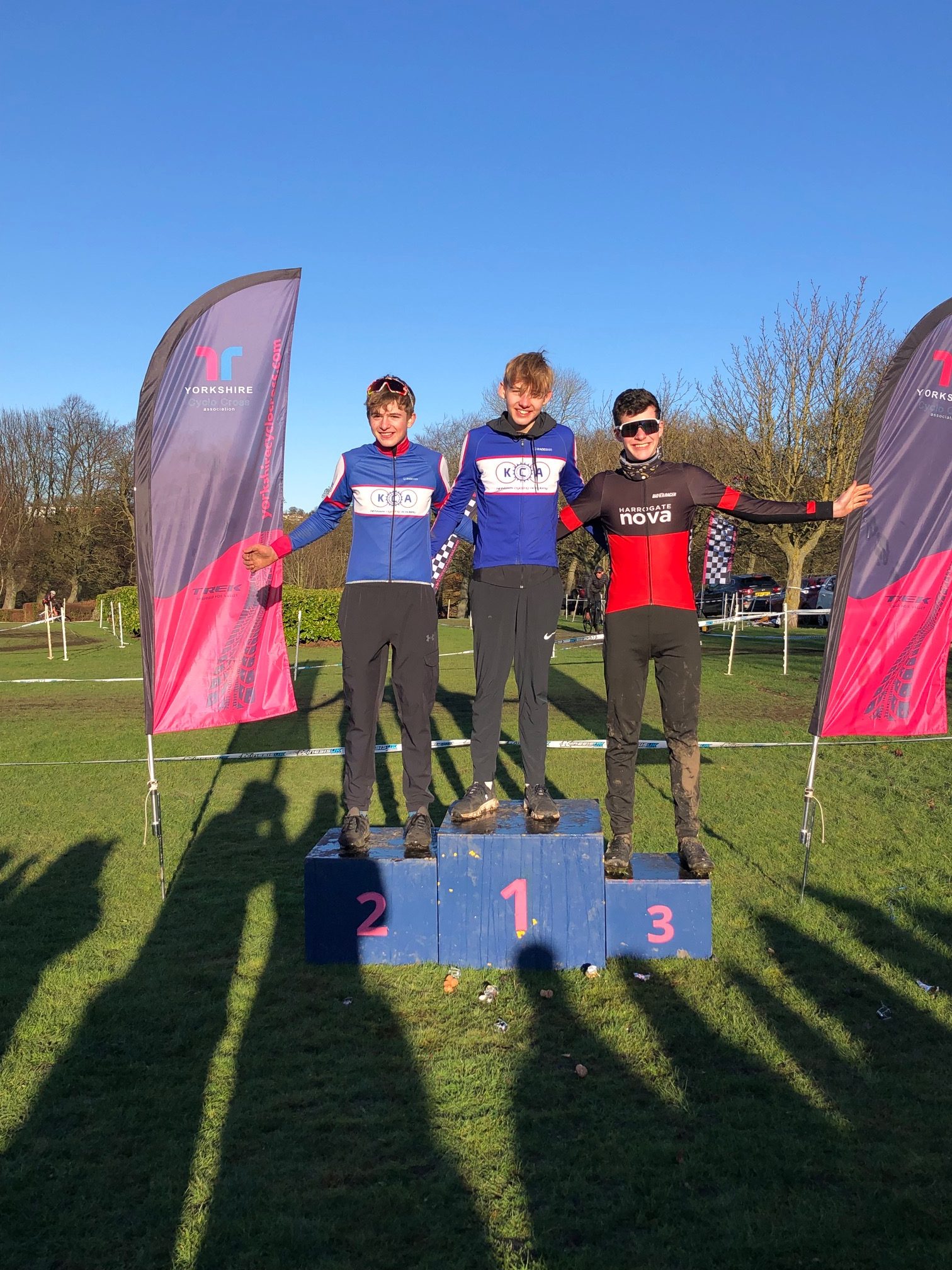 2 January 2023 – Harrogate Nova Youth and Veteran riders were out in force at the Yorkshire Cycle-Cross Association league finale, at the classic Peel Park venue in Bradford.

In the U14s, Cormac Denwood (Nova) came second in the race from Noah White, who had travelled from Shropshire, wanting a try out before the upcoming National Championships. Three riders could have won the league on the day, but Cormac came out on top, having got the best position at the final race.  Ted Carey (22nd on day; 16th series) also place. Angus Millar didn’t race the final round, yet came 7th in the series from previous races.

In the U12s, Erin Denwood, who has two more years in the category, came a credible 6th female on the day.  Alfie Millar also put in strong performances in this category all season.

…and kudos to Simon Coiley for coming 18th in the V50 category on the day (19th series). In V60, well done to Neil McLaughlin (12th on day; 19th series) and John Graveling (20th onday; 13th series). Nick Mason came 18th in the V60 series but didn’t race in Peel.  We clearly have younger, and then ‘more mature’ CX racers in Nova!