The Beech House Dental Practice Time Trial League Prize Presentation took place last week. Junior rider Mark Ketteringham took the Scarhouse Trophy with a massive 119 second improvement, ahead of his older sister Hannah, who improved by 98 seconds. It was the first season that MoonGlu Cycling Club from Ripon took part and they took a title straight away with Sally Houghton winning the Women’s Road Bike category with a maximum nine wins, and enough points to also award her third place in the women’s title overall. Top level Triathlete, Ele Haresign, of VitFor Cycling, cruised to her first women’s title and veteran’s women’s title with seven wins and two second places. British Cycling and MoonGlu’s Abbi Smith was the only rider to beat Ele, Abbi went on to ride for the UK in the UCI World Championships in September. Second place went to four times Women’s Champion, Corinne Mitchell of Harrogate Nova. The men’s road title was won by the third different rider in its three year existence, with Nova’s Rob Senior pipping 2017 Champion, Edwin Stokes, eight wins to five. Third place and overall over 50s Champion and Most Improved Rider was Nova’s Stuart Newton. Stuart became the first person to retain the Most Improved title, which is an impressive feat, since the competition favours riders who make a break through in performance and Stuart has already done this by winning the title last year. The men’s overall title looked a cruise to  a record equalling fifth title in a maximum nine wins for Nova’s Duncan Mullier. However, an exciting battle with 2018 Champion, Pete Watson, was emerging, with Mullier winning three of their four meetings before Watson had to leave the series due to work commitments. Second place went to Roger Bromily, his highest finish in the series. The riders would like to thank Nova stalwarts Vaughan and Margaret Caswell for their ceaseless enthusiasm in organising the league and running the events as well as all the time keepers and marshalls on the nights. 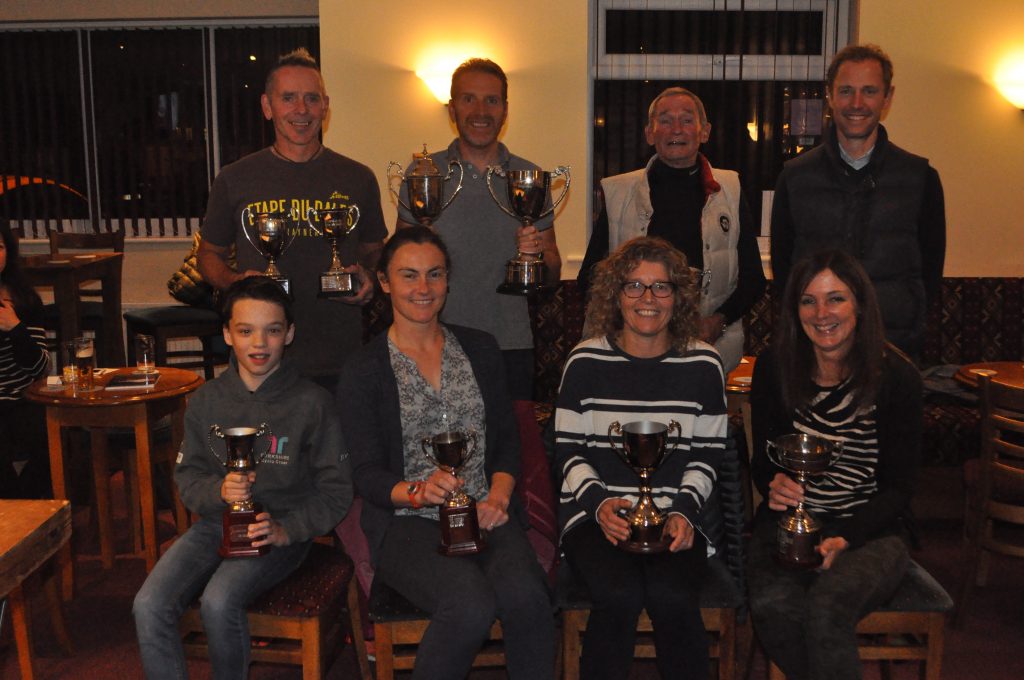 Photos from the night