Event 14 of the Beech House Dental Practice Time Trial League was the final fast course before the hill climbs start. Competitors have been lucky all season dodging the roadworks but this time a slight course change was required, cutting out Golf Club Hill before Ferrensby which meant that the competitors faced the same course as they did in event 1. 9 rolling miles from Farnham to Staveley, White Cross Roads, Minskip, Staveley and back. Harrogate Nova’s Roger Bromiley took his maiden win, to cement his place as league runner up behind absent champion Duncan Mullier, in 20:26. The road title is all but mathematically over but with both capable of sealing it absent it was left to MoonGlu’s Rob Mawer to pip Nova’s Stuart Newton to the rode win 21:17 and 21:23 respectively. Perhaps the only title left unsettled is the most improved rider. Joe Young has the most wins in the series with five, but he can’t complete his nine events in this competition by virtue of having not ridden in the following hill climbs in the previous three seasons. Stuart Newton is the current series leader and looks favourite to grab the title. Next week’s event is the one mile hill climb of Norwood Edge. In Open time trials, Nova’s Richard Benson came 11th in the Otley CC 50 on the A168 in 2:01:41. Nova’s Walter Wilkinson, who holds the UK record for a 15 mile TT for an over 70 year old, came an amazing 29th in 2:18:24. The event was won by last September’s Nova Open 10 winner, Hayden Allen of THRE Datawolves in 1:46:24. 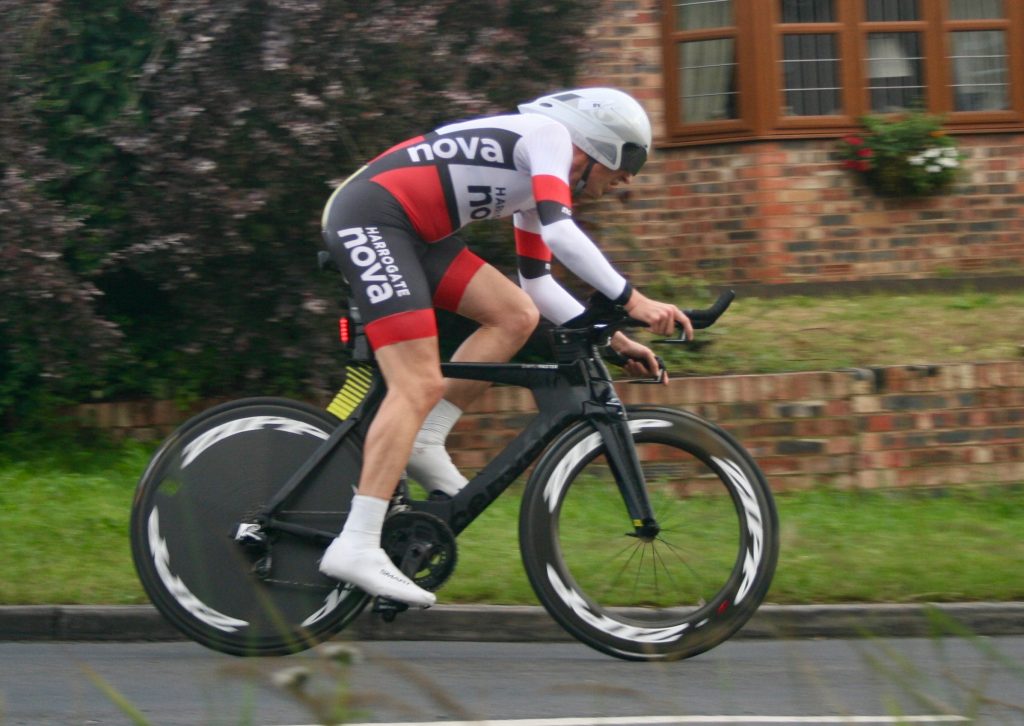 Photos from the event by MoonGlu’s Roger Clarke.