Riders in the Beech House Dental Practice Time Trial League have to face all conditions over the course of the league, from near freezing conditions when the league starts, to torrential summer downpours and this week high temperatures. A rider’s power is often down in the heat but warmer air makes for faster conditions, so it comes down to where the balance lies. Men’s champion Duncan Mullier was 8 seconds slower than on the ten mile out and back between Arkendale Lane and Walshford in cooler conditions in May with 21:39. Harrogate Nova clubmate Roger Bromiley was 7 seconds slower in second place than his time in May with 23:20. Edwin Stokes kept his faint hopes of winning the road title alive with a five seconds improvement over May with 23:55. His challenger, Rob Senior, was absent from proceedings, but he was still run very close with Stuart Newton just 8 seconds behind. Vitfor Training’s Ele Haresign completed her eighth event in the best of nine series and looks almost certain to be crowned women’s champion. The most Improved Rider on the night was Joe Young, his fourth win. The big news of the night was MoonGlu’s Sally Houghton taking the women’s Road Bike championship with her eighth win out of nine in a new veteran women’s road bike record for the course of  28:11. This is Sally’s first season of competition and what an impression she’s made!. The next event is the rolling nine mile loop of Farnham, Ferrensby, Minskip, Farnham. 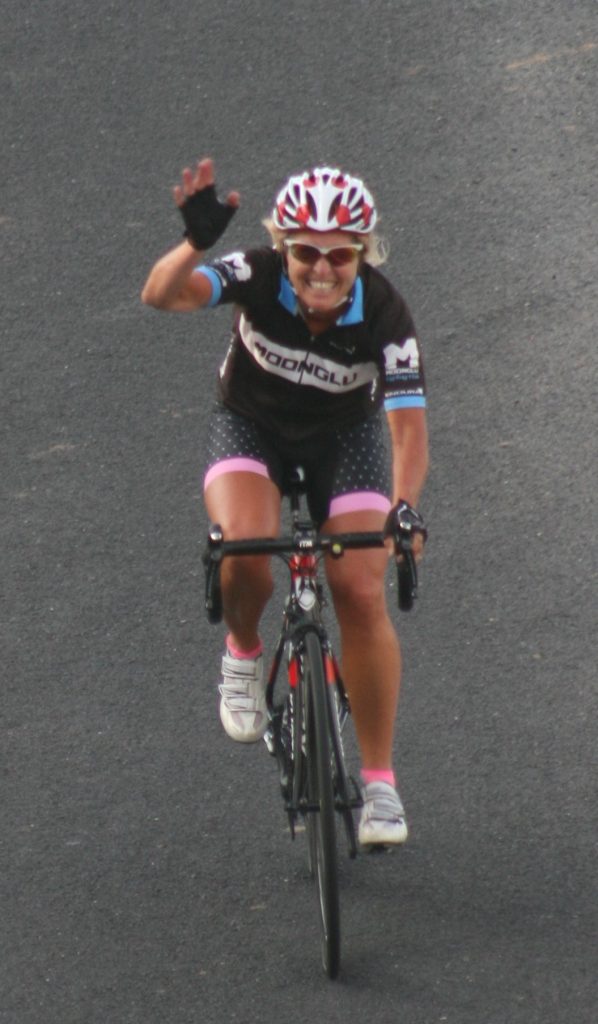