↓ Skip to Main Content
Home › News › Ele and Rob Close in on Titles!

Ele and Rob Close in on Titles!

A summer downpour before the start made the conditions extremely difficult for the reduced field of event twelve of the Beech House Dental Practice Time Trial League. Two circuits and sixteen miles of Milby to Cundall to Norton Le Clay are amongst the most technical on the league program but with the corners and bends being freshly soaked it was especially difficult. Newly crowned champion Duncan Mullier of Harrogate Nova was fastest on both laps to take his eleventh victory out of twelve starts with 40:14, 1:05 ahead of Team MTS Cyclesport’s Glen Turnbull. In third place and first road category rider was Rob Senior of Harrogate Nova (42:41), just 8 seconds ahead of title rival Edwin Stokes. Senior has now all but mathematically won the road title as Stokes now needs to win all the remaining events, including the hill climbs. Ride of the night was MoonGlu’s fourteen year old Ella Jamieson, who claimed the schoolgirl course record with 47:58, 2:28 behind experience triathlete Ele Haresign of Team Vitfor. Haresign has completed seven events in the best of nine series and is threatening reigning champion Corinne Mitchell for the title. Haresign has had the beating of Mitchell when they have met and must now be favourite to overhaul Mitchell’s lead. The next event is a return to the popular ten mile TT course between Arkendale Lane and Walshford. Full results on harrogatenova.cc 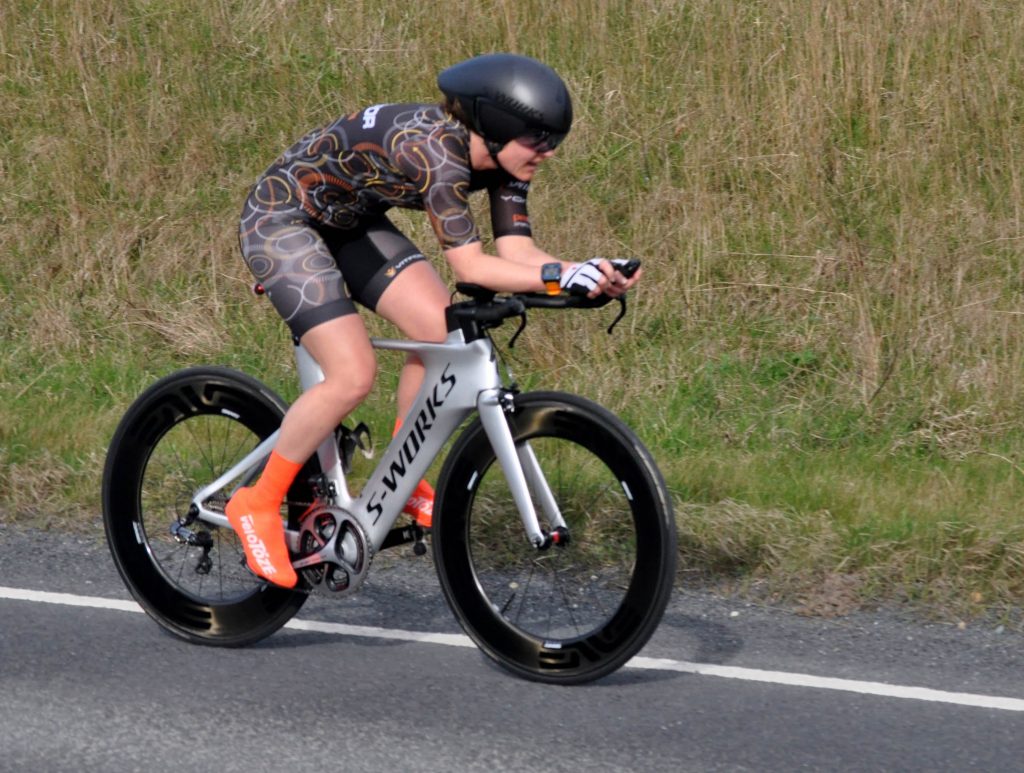