Men’s road Title is too close to call!

A rolling twelve mile circuit from Kirby Hill to Dishforth to Sharrow to Kirby Hill was the venue of event 9 of the Beech House Dental Practice Time Trial League. The men’s event was Duncan Mullier’s 8th win out of 9 starts in the best of nine series. The Harrogate Nova rider beat his own league record by 10 seconds in 26:04, 21 seconds ahead of super-fast time trialler turned triathlete and sometime league competitor, Ben WImpory. Glen Turnbull was a further 1:02 behind in third. The women’s event was won by VitFor’s Ele Haresign in a new women’s veteran record of 29:52, 52 seconds ahead of current champion Corinne Mitchell. MoonGlu’s Sally Houghton took the women’s road win in a new women’s road record of 34:19. The closest battle for wins and the overall championship continues to be for the men’s road bike title. Edwin Stokes has shown recent form by taking consecutive wins to draw level with Rob Senior, but it was Senor who took a fairly decisive win with 28:30, 21 seconds ahead of Stokes in second and 2:04 ahead of Gary Marks in third. The most improved rider on the night was Joe Young with a 116 second improvement, bettering Lim Evans’ 102 second improvement. The next event is a return to the 15 mile out and back of Boroughbridge to Walshford, where only a few months ago Mullier beat champion Pete Watson by a single second, with Ben Wimpory breathing down their necks. 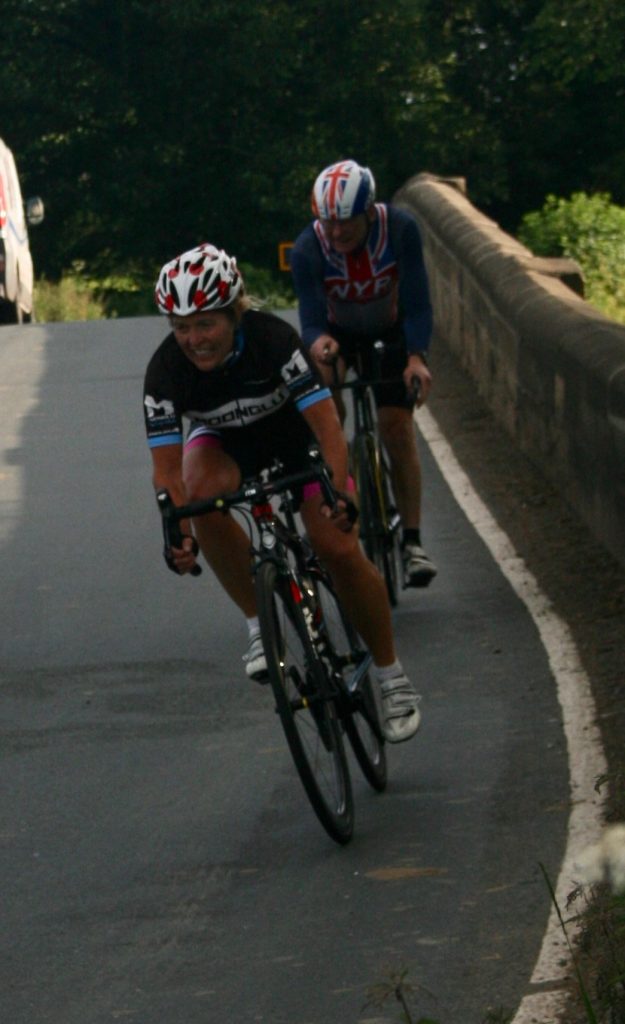 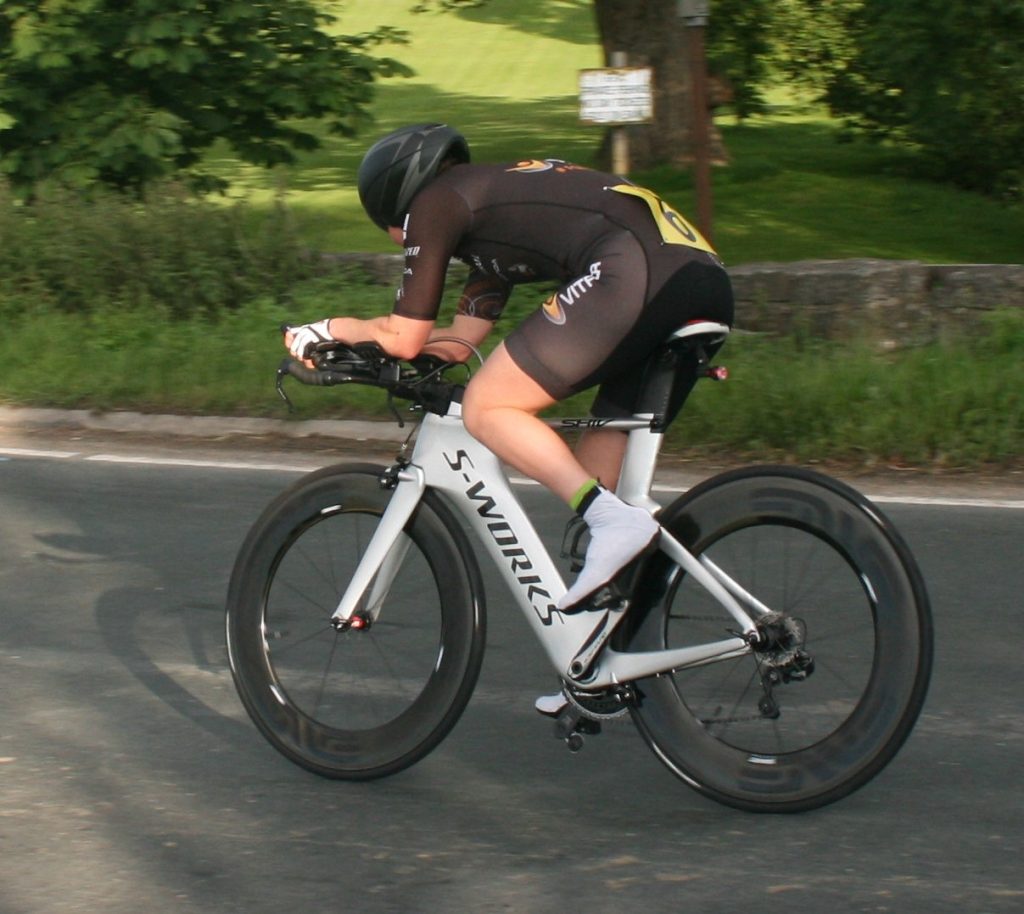 Pictures of Sally Houghton and Ele Haresign by Roget Clarke.