Records fall on the Hilly 19

The Hilly 19 Trophy was up for grabs at event 6 of the Beech House Dental Practise Time Trial League, a 19 mile circuit of Ripley to Summerbridge to Memwith Hill to Ripley, incorporating the major climbs of Bedlam Bank, Hartwith Bank, Dacre Bank and Darley Head. The event has regularly been plagued by roadworks on the course and 2019 was the first time it has run in its full distance form for four years. The nature of the course means that the advantage of riding a heavier TT specific bike is lost on the climbs where gravity claims precedence over aerodynamics. Series leader, Duncan Mullier, opted for a full TT bike and cruised to his fifth win of the season, with a new course record of 45:16 and was quickest in all sections apart from the steepest section of Darley Head, where reigning champion, Pete Watson, on a road bike, was faster but ended up 3 minutes 49 down by the end in equal second place with road bike series leader, Rob Senior. Senior has an excellent record on the Hilly 19 but on a TT bike. Both riders finished in 48:56, 12 seconds ahead of the next road bike rider, Edwin Stokes. Fourth place went to Roger Bromiley on a TT bike just 3 seconds adrift of the podium. A new women’s veteran record was set by Vitfor Training’s top triathlete Ele Haresign in 53:47, ahead of Nova newcomer Sharon Leaming. The next event is two laps and 18 miles of the Langthorpe-Skelton circuit. Full results http://www.harrogatenova.cc/leaguenovattleagueii-php/

Pictures from the night by MoonGlu’s Roger Clarke. 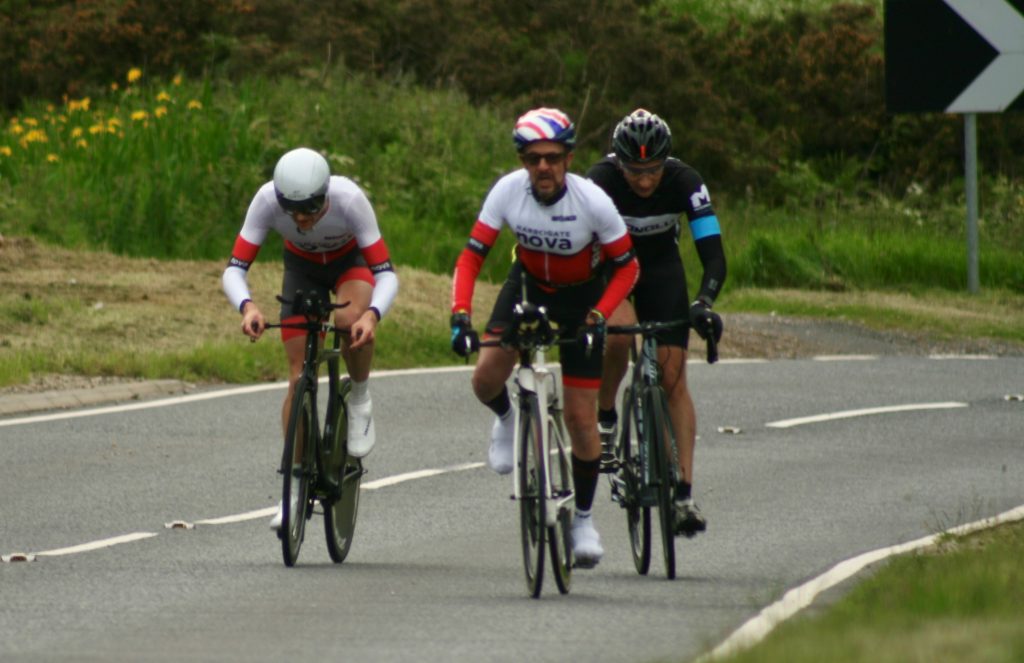