Duncan Mullier Posted on 20th May 2019 Posted in News

The Triangle Trophy was up for grabs at event 4 of the Beech House Dental Practice TT league. Some of the riders treat the competition as seriously as the professionals but work sometimes gets in the way and trophy holder and current champion, Pete Watson, was missing from the proceedings. The last time that happened Duncan Mullier failed to capatalise and lost out to Glen Turnbull and effectively lost his four year grip on the league title. This time there was to be no slip ups and Mullier completed the hilly 11 mile circuit of Pennypot in 26:21, 57 seconds faster than Turnbull in second place and a further 11 seconds up on Dave Morris, in third, to take back the Triangle Trophy. The women’s event was won by series leader Ele Haresign of VitFor Training in a time of 30:43, ahead of reigning champion Corinne Micthell. MoonGlu’s Sally Houghton took the women’s road bike category yet again but men’s road bike series leader, Rob Senior, was also missing. Former champion Edwin Stokes (28:52) stepped up and narrowly beat Simon Ketteringham (28:53) to take the win, Stokes also took the most improved rider accolade.. Next week’s event is the first visit to the fifteen mile out and back between Boroughbridge and Walshford. Full results http://www.harrogatenova.cc/leaguenovattleagueii-php/. 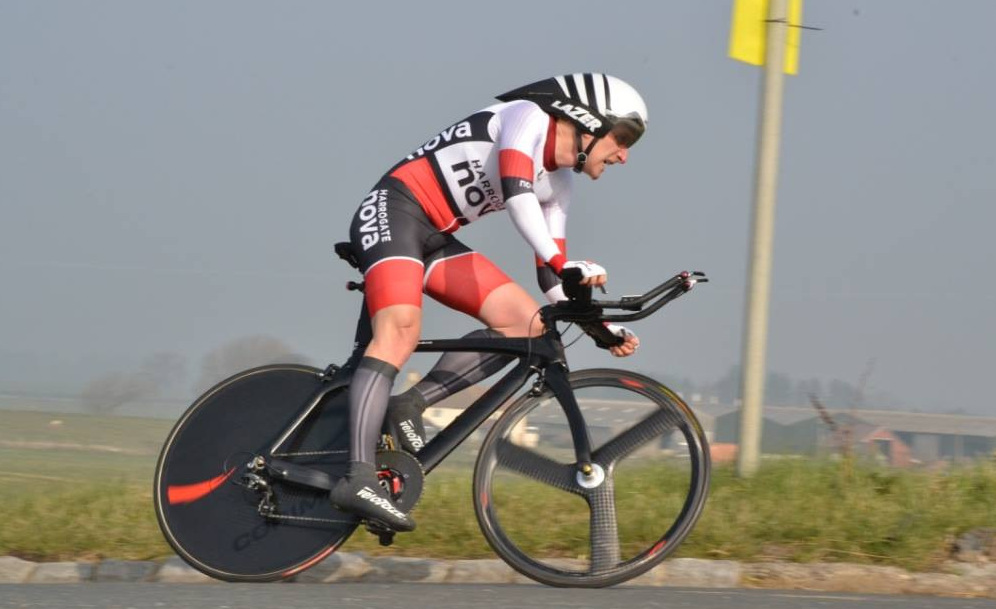