Duncan Mullier Posted on 13th May 2019 Posted in News

Terrible conditions greeted the brave riders who turned out for event 3 of the Beech House Dental Practice TT league. The air was cold and the rain hadn’t stopped all day but there was still a big field eager to compete. The riders had a hard ten miles out and back course to complete between Dishforth and Boroughbridge. The women’s event was a battle between experienced, top level triathlete Ele Haresign, winner of the other event she’d competed in this season, and a British Cycling Academy Junior rider from MoonGlu, Abi Smith, competing in her first league event. Abi took the honors with a stunning time of 25:54 a new junior record! Ele was a further 49 seconds back, with another, new to the TT scene, Victoria Tremlin 1:18 in arrears. The men’s competition was another battle between Nova clubmates, reigning champion Pete Watson and multiple former champion Duncan Mullier. Mullier had come out on top in the first two events but it was Watson who took the honors this time with a masterful display in the poor conditions, despite the usual faster finish by Mullier. Watson came home in 22:05, 21 seconds ahead of Mullier with Glen Turnbull picking up his third, third place with 23:13. The men’s road category is now the only competition where one person has won all three events with Rob Senior again winning (24:47), ahead of Stuart Newton (25:17). The women’s road category was won for the second time by MoonGlu’s Sally Houghton (29:53), ahead of Nova’s Alexia Rushton-Earl. The next event is a lap of the popular Pennypot circuit. 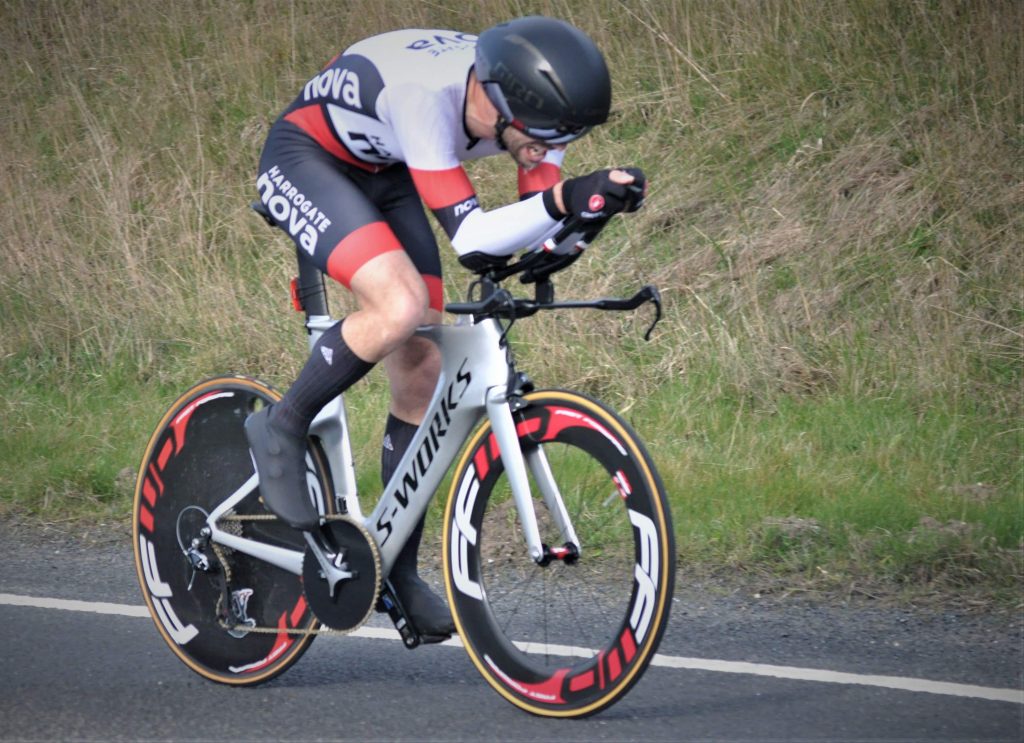