The 18th and final event of The Beech House Dental Practice TT League was a picturesque four mile climb of the private road from Lofthouse to Scarhouse. The gradient rises steadily as the climb progresses and culminates in a stiff final pitch to the picnic area.

The men’s event was won by 2018 Champion Pete Watson in 11mins 36secs but the tricky headwind with no return leg meant that the course record was not to be challenged on the day. Dave Morris was second 32 seconds further back and 24 seconds ahead of 2018 Road Champion Huw Spacey.

The Ketteringham family were having a family day out with everyone racing to the picnic area. Dad Simon led the way with 13mins 17secs in fifth place. Mum Joanne, won the women’s event in 16mins 18secs (which is a women’s road bike record,) and daughter Hannah set the schoolgirl’s road record with 19mins 39secs.

The real battle of the day was for the Scarhouse Dam Trophy for the most improved rider. It came down to an old family rivalry but from a new generation with fifteen year old Matthew Mullier improving his last year’s time by 106 seconds and ten year old Mark Ketteringham improving his by 40 seconds to give Mullier Junior the trophy for the second year running.

Thanks to Yorkshire Water for allowing the event to take place again. 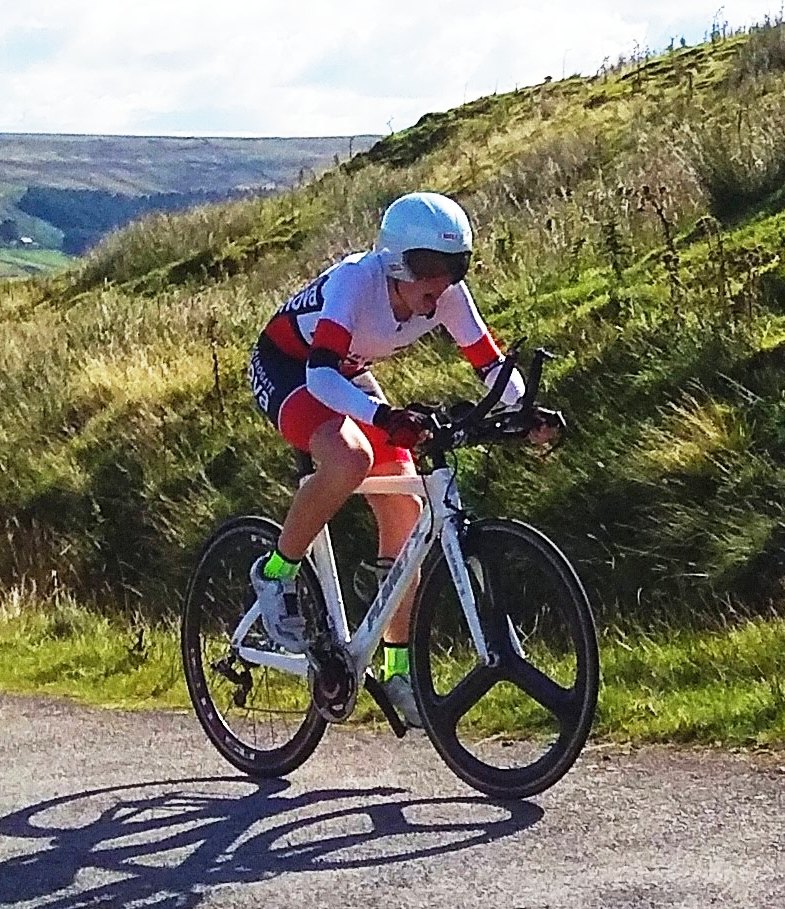 Matthew Mullier: Winner of the Scarhouse Dam Trophy for the most improved rider