Spacey seals the Road Title and Newton wins the Most Improved Trophy!

Event 15 of the Beech House Dental Practice TT League was the final standard time trial before the three hill climbs and it saw three more champions crowned. In the road bike category, where riders ride a standard road bike with no extra aero equipment, Huw Spacey (537 points) took his eighth win and took the title from last year’s champion Edwin Stokes (525 points) in second and Stewart Newton (512 points) in third. Newton claimed the Most Improved rider trophy with 493 points ahead of injured Duncan Mullier. Despite not being able to ride again this year Mullier secured the Veteran’s Championship by virtue of the only other veteran winner this season (Glen Turnbull) not winning the event. That’s Mullier’s seventh veteran title to go with his four overall titles. In the event itself 2018 Champion Pete Watson can no longer dual with Mullier and so had to content himself with another storming ride and course record with 19:58,  1:17 ahead of Stu Wood in second with Roger Bromiley a further 1:02 back. Huw Spaey sealed his championship in the road category with 22:16 and just 1 second off the overall podium and a new road course record. It was great to see top female triathlete Ele Haresign back on the bike after an injury ravaged season, she broke the women’s road course record with 25:56. Next week sees the one mile ascent of Norwood Edge, where the aero equipment will all be put away in favour of lighter road bikes. Expect the hill climbers to come out of the woodwork to challenge Pete Watson.

The TT Results system is now displaying the points in the “generate table” section correctly. If the layup continues much longer the system will have some new features too. 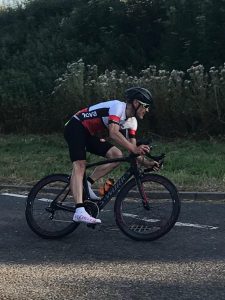 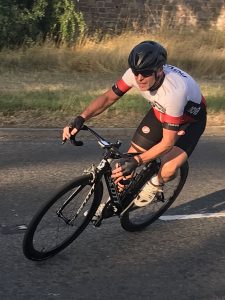