Duncan Mullier Posted on 20th May 2018 Posted in News

Event 4 of the Beech House Dental Practice TT League was a 12 mile hilly loop of Pennypot. Yet again, riders were met with chilly and windy conditions and coupled with the deteriorating state of the road surfaces it looked like times would be slow. However, no one told Pete Watson and Duncan Mullier who battled it out with Mullier equalling the course record but Watson, making up for the disappointment of missing out on the 25 mile club record to Mullier the previous weekend, broke the Pennypot record by 6 seconds and took the Triangle Trophy into the bargain. The two club mates have now competed three times against each other this season over a combined 47 miles with Mullier being up a combined 10 seconds, but Watson now with the momentum! Third place was Craig Stevenson a distant 1:41 further back. The women’s event was yet again won by reigning champion, Corinne Mitchell in 30:41, 3:39 ahead of Gill Crane. The road category is really hotting up, with the third different winner in four events. This time it was Dave Morris, swapping the usual TT bike for a road machine, to record 28:58, a new road record, 10 seconds ahead of Simon Ketteringham, with last week’s winner, Huw Spacey, a further 11 seconds back. The most improved rider accolade was taken by Mike Hutchings with a massive 132 improvement over his previous best. Next week’s event is a ten mile out and back between Dishforth and Boroughbridge. 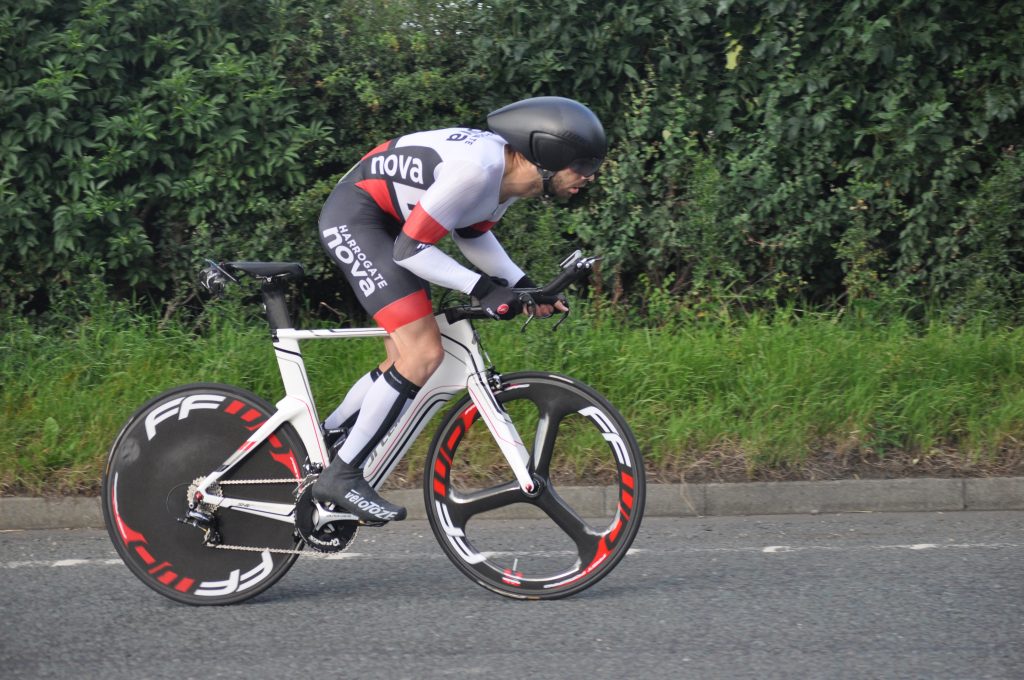