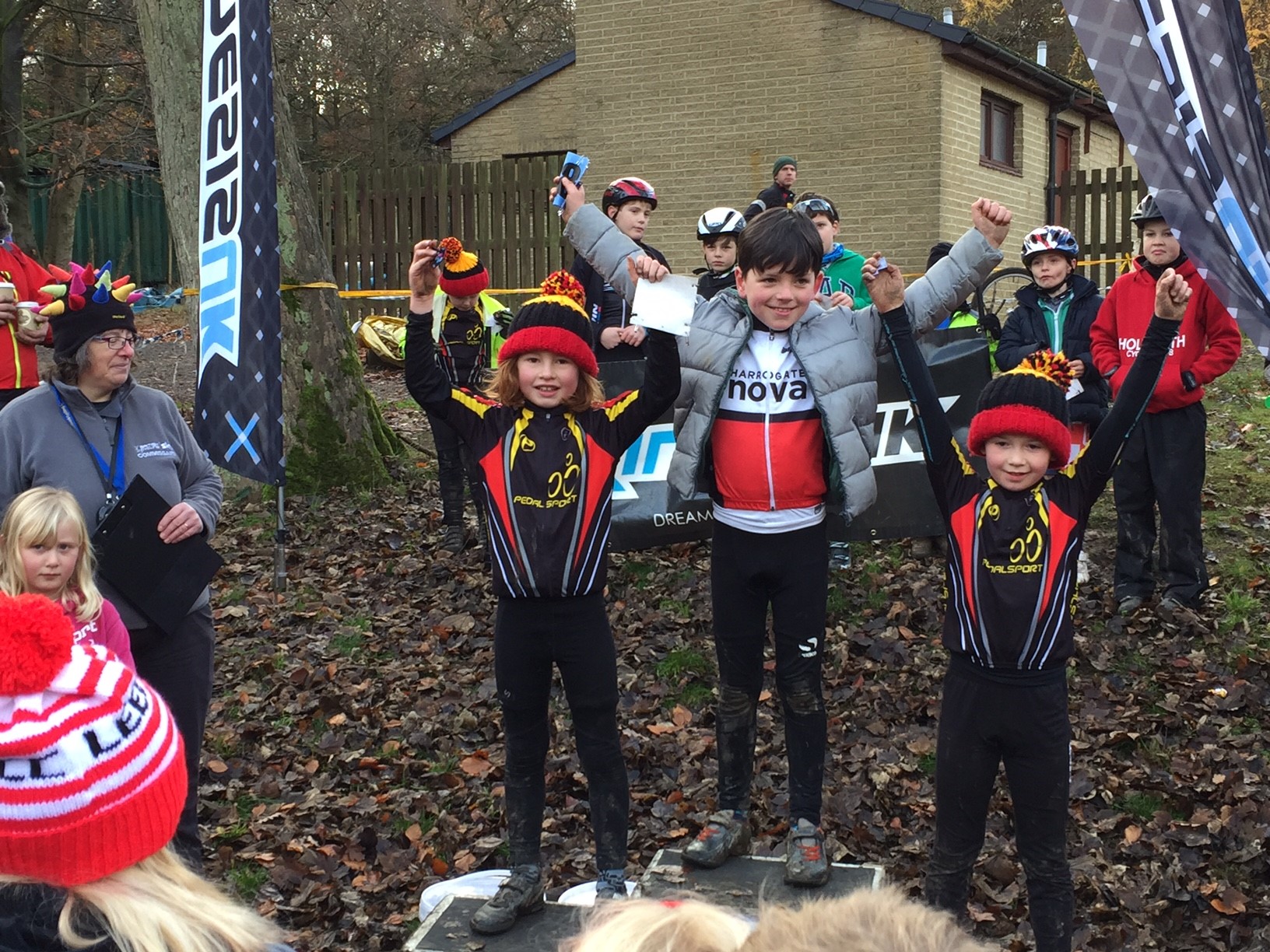 The Denwood boys were in action again at the latest round of the Yorkshire CycleCross Series, in Bradley Woods Scout Camp, near Huddersfield on 27th November.

Making light work of the technical descents, Cormac Denwood stormed round to finish 1st in the under 8s, his fifth win of the series alongside a third and fourth.

His elder brother Magnus, still getting to grips with the recent birthday presents of SPD pedals and a “dropped handlebar bike”, finished 15th in the under 10s with very consistent lap times.

Joe Sarmiento, got a front wheel puncture and unfortunately DNFd in the under 14s.  Better luck next time Joe!

Charles Warren, Dave Morris, John Graveling and Ted Sarmiento (Bioracer Onimpex) took to the road travelling to Ipswich for round 4 of the national trophy series.  A flat and fast course laid out on the Trinity Park show ground awaited them.  Dawn brook cool and cloudy but the weather was improving throughout the day leaving the pit crew with little to do other than cheer on their respective riders.  A long start straight careered into a few lazy turns and then a set of low hurdles.  The inevitable inevitably happened and a huge bottle neck formed as riders crashed and tangled into each other.  The race then settled down and although flat, the organisers made use of what they had by including some steps a bomb hole and a sand pit to test the riders skills.  Morris narrowly missed out on the top 30 by just sprinting short on the line behind local rider Paul Groombridge (Iceni Velo).  John unfortunately shipped a chain and managed to cut his finger in the process of trying to put it back on, eventually coming home in 55th before taking a trip to First Aid.  Charlie Warren finished in 37th with Ted finishing in 45th place.

Next week is the North of England championships at York.  Good luck to all Nova riders competing.