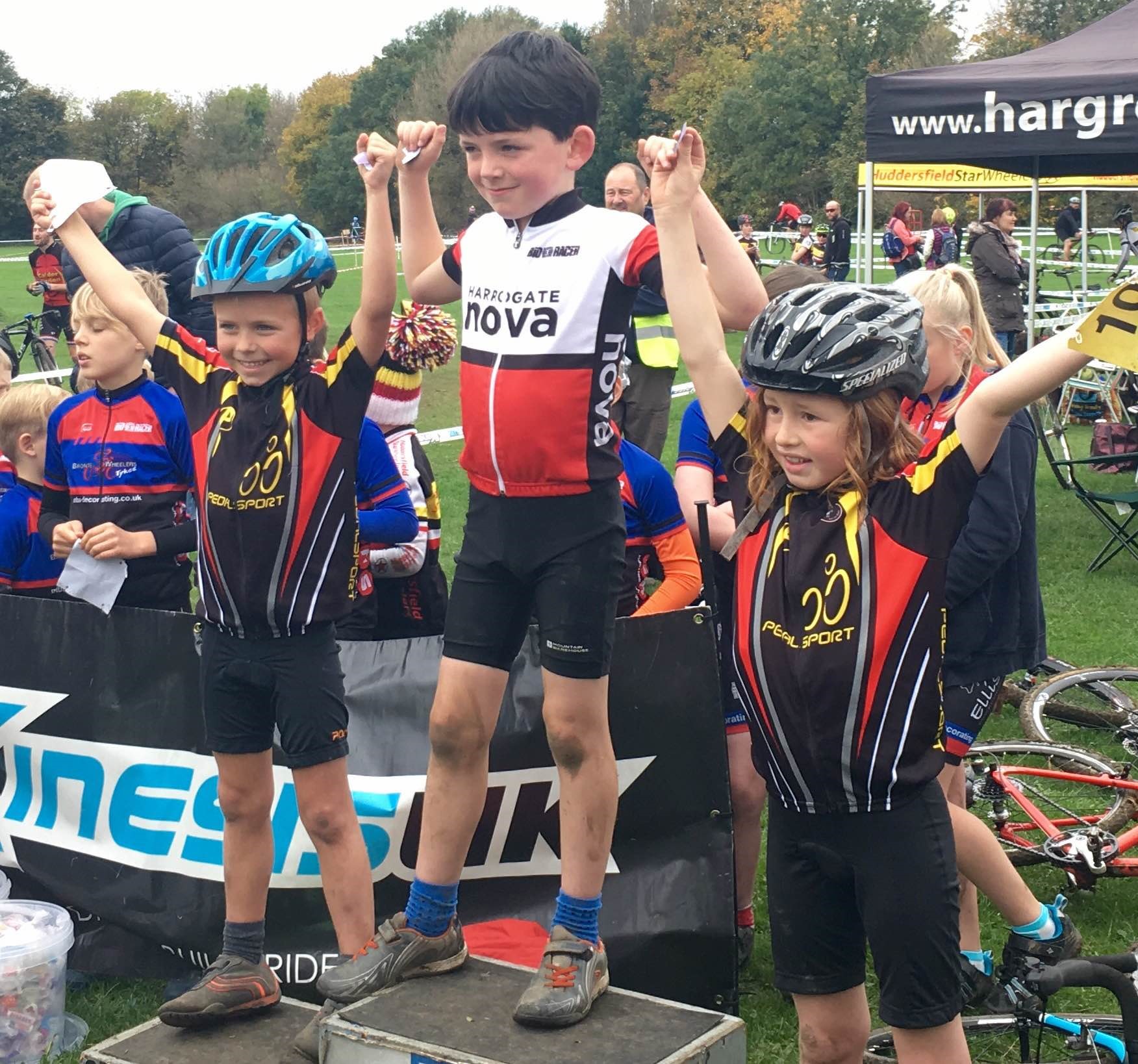 Following on from a week of heavy rain , conditions were soft and slow.  Shibden CC for the second week running had produced another superb challenging course, this one with a long up hill followed by some slippery descending.

First up and improving on last weeks second was Cormac Denwood in the U8 who won his race. His brother Magnus came 14th in the U10’s , sadly Mark Ketteringham was unable to race as his lift had a hangover.

In the final race the mud had really set in and parts of the course were like glass, a particular section had been removed after the Youths couldn’t runup it and kept sliding back down, ( there is a video) Charles Warren was first Nova finisher 11th O/A and 4th V50, Nick Mason was 18th and 9th V50 ( just in the points) Bioracers Edward Sarmiento was 22nd and 12th V50 , Tim Evans was 26th and 14th V50 and John Graveling was 41st and 23rd V50.

Some pictures taken by Craig can be had here.