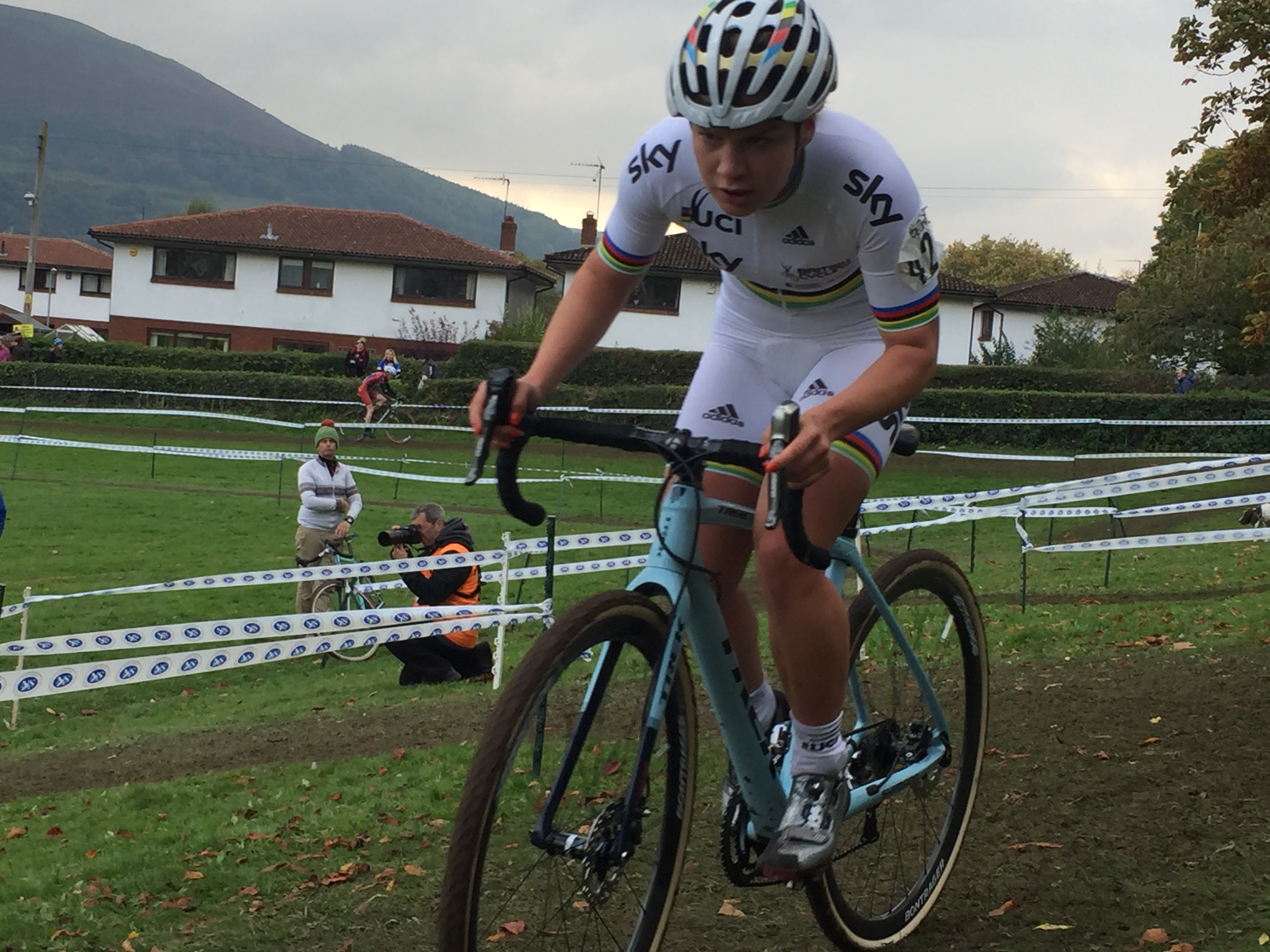 Harrogate Nova riders ventured over to South Wales last weekend to compete in the 2nd round of the National Trophy CycloCross Series.  In the V40 race, Nova’s Dave Morris had a strong start and eventually finished in 24th out-sprinting Andy Collis (Bicicielo) by about 0.2s on the line.  In the V50 Tim Evans came home 36th and despite an “incident” at the start Charlie Warren stayed upright and finished strong in 33rd.  You can catch their exploits on YouTube here.

The weather was dry, but the early dew on the grass made the off camber strewn course a real test with multiple crashes and slips.

The Elite and Junior Men and Women hit the big time by being screened live on S4C and also available on catch up (how is your Welsh?).  There is an interview with Becky James (yes that one), in there and it was her father who was one of the main organisers of the event.  Not to be outdone, sister Megan (Abergavenny Road Club) was in the mix in the women’s race as well.

It’s not everyday you get to see the rainbow bands of a World Champion race around a playing field in South Wales.  In this case, the bands adorned the first ever women’s U23 World Champion, Evie Richards (100%). 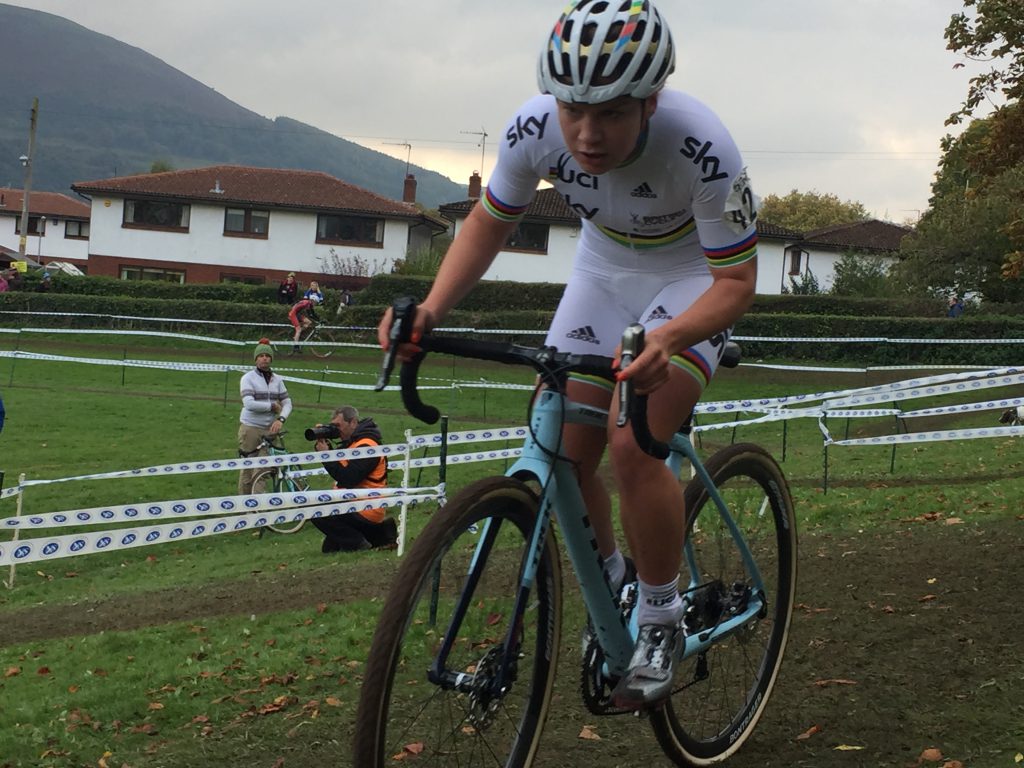 Evie stormed to victory in Zolder in January and took advantage of a mistake by Beth Crumpton (Boot Out Breast Cancer CC) to take a comfortable win on the twisty off camber course.  Lancashire based Annie Simpson (Hope Factory Racing) came home strong in third.

Ian Field (Hargroves Cycles – Ridley RT) raced neck and neck with Belgian Yorben Van Tichelt (Marlux- Napoleon) and Leeds based 22 year old Billy Harding (Oldfield/Paul Milnes Cycles ERT).  It was Harding who set the early lead, but the endurance and experience of the two pro rider paid off when they caught and then passed the young rider.  With Van Tichelt then leading for the majority of the time Field waited to pounce.  Ruing his conservative ride in Derby, Field attacked Van Tichelt and powered away shortly after.  Not even the skill of the Belgian’s bunny hopping (see the catch up) could help him gain the ground back on the Brit and Field took the win.  Field now leads the series overall as the riders head to the North East in a couple of weeks.

A full report from British Cycling can be found here.