↓ Skip to Main Content
Home › News › When will a TT take place in nice conditions?

When will a TT take place in nice conditions?

It was another evening of strong winds and cold temperatures that greeted the competitors of Event 6 of the Beech House Dental Practise TT league, the longest event so far at 18 miles and two laps of Langthorpe-Kirby Hill-Ripon-Langthorpe. After a week out with illness and with nearest rival Dylan Flesher of Prologue taking a week off, it was a straightforward fifth win from five starts for Nova’s Duncan Mullier with 41:30. 1:46 further back was Jonathan Webber with his first visit to the podium, 14 seconds ahead of experienced Richard Hamilton. The women’s event was won by York Cyclework’s 2015 Champion Jess Bacon, on her first attempt at the course, in a new record of 45:02. This was Jess’ first appearance this season but four event winner Corinne Mitchell and Ele Haresign were having a week off, so we must wait for what could be a very competitive ladies event. The most improved rider event was the fourth win by Nova’s Harry Wrightson, the junior rider improving by a massive 333 seconds with an actual time of 49:50, his nearest competitor being Walter Wilkinson from the Veteran 60 category who improved by 102 seconds with an actual time of 50:08. 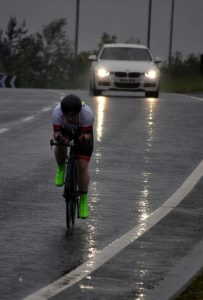 The next event is the fabled Hilly 19 with stiff climbs between Ripley and Darley Head.and a fast descent from Memwith Hill to Ripley.