Nova Reliability Ride & Racing Round Up

Posted on 8th February 2016 by Harrogate Nova Posted in News 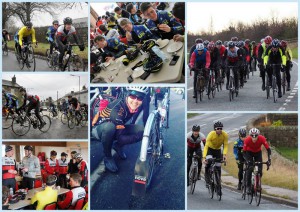 Margaret and Vaughan Caswell oversaw proceedings, just as in the first running of the event in 1985 (although the current route has only been in use since 1990), setting riders off in groups of up to twenty at two minute intervals.  The first group home included some of the Nova stalwarts, with a handful of junior riders from VCUK Ph-MAS.  A record amount of cakes, sandwiches and soup were consumed afterwards as riders sought to revive themselves after their efforts.  The third event in the series, the Airedale Olympic Reliability Trial takes place on Sunday 14 February 2016.

Thanks to Margaret and Vaughan, all helpers, all cake bakers, and all tea makers who support this event.

Nova riders were among the top finishers as the final standings for the YCCA winter ‘cross season were announced this week. 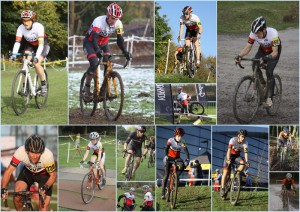 In the Women’s League, Kirstie Hamilton finished as 3rd senior, and 5th overall (out of 59 competitors), having secured 564 points from six events.

With over 120 riders taking part, the Youth League was a closely fought battle.  Louis Mason finished as 10th placed Under-16 scoring 582 points from seven events.  In the Under-14 League, Charlie Lehan took 2oth with 249 points from three events;  Joe Sarmiento was 27th, taking 176 points from just two events.

Mike Wilberforce took full advantage of the closure on the A59 to capture this beautiful shot near Kex Gill last week.