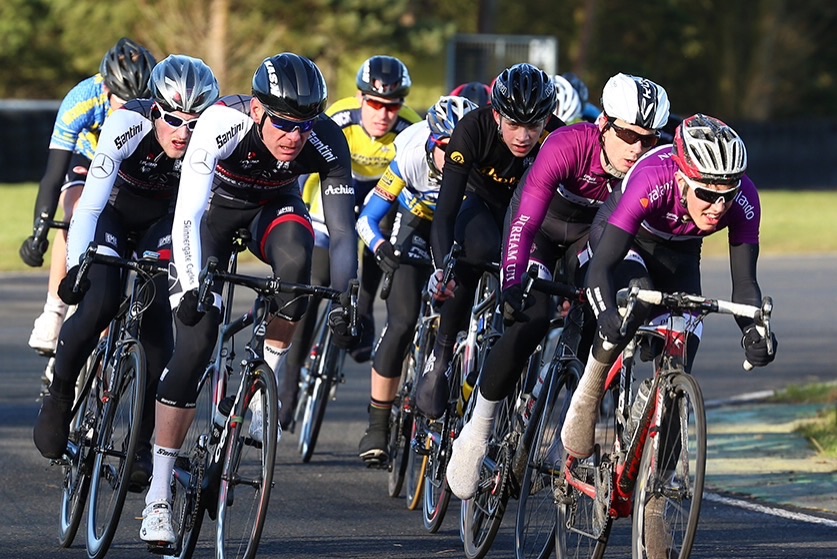 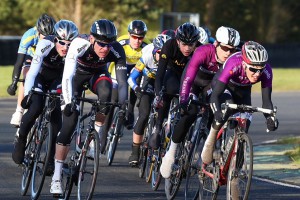 As the winter ‘cross season draws to a close, local riders have been making the trip to the Croft Racing Circuit near Darlington to get in some racing on the fast Tarmac.  Round one saw a hundred riders taking part in the three races on offer (fourth cat only, women and E/1/2/3/4).

Round two on 17 January tempted Harrogate Nova’s Richard Buckle and Boneshakers Race Team’s Gus Gardner to enter the fourth cat race.  Mild conditions made for great racing over the mile long course, with 75 competitors vying for position.  Twelve laps passed quickly, however confusion led to a dozen riders peeling off to sprint for the flag, only to realise that another lap was required as the bell rang out as they crossed the line.  This left the peloton strung out along the track in a fast and furious finish.  Richard came home in 34th with Gus in 49th.

Round three on 24 January saw a return to the circuit for Gus, and a debut for Nova’s Matt Dalby in the eighty strong fourth cat field.  Multiple crashes and incidents during the race reminded riders to be vigilant and to ride near the front of the group away from the ‘elastic band’ effect of the back of the peloton.  Matt came home in 20th and Gus in 31st.